North Carolina man wins more than $133,000 on Fast Play lottery ticket: ‘This is really going to help us’ 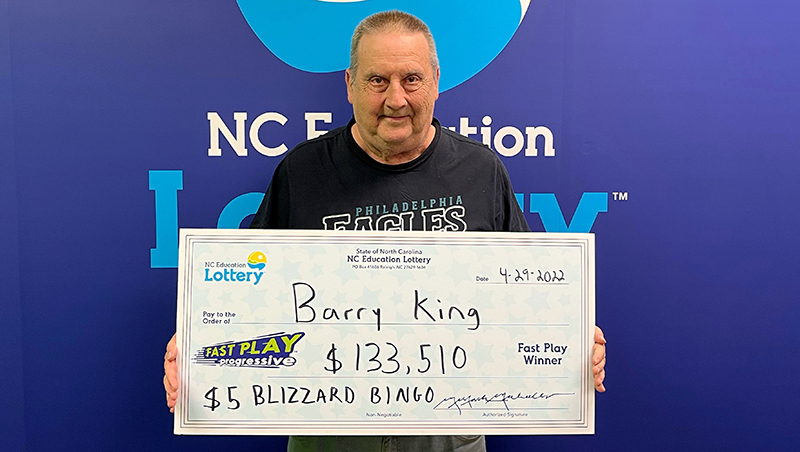 The North Carolina Education Lottery has reported that Barry King, of Tarboro, won the $5 Fast Play ticket that hit a $133,510 jackpot on Thursday. King said the prize is going to be a big help for him and his girlfriend.

He bought the lucky Blizzard Bingo ticket at the Food Lion on Western Boulevard in Tarboro.

King, 73, said he came home from the store and gave his girlfriend the ticket to check the numbers.

King said he initially thought she made a mistake when he checked her ticket, but then he realized she had it right.

“We are both so happy,” King said. “This is really going to help us.”

King claimed his prize Friday and, after required state and federal tax withholdings, took home $94,807. He said he wants to pay some bills and buy a new car.

Fast Play’s rolling, progressive jackpot increases with every ticket sold until it is won. On Monday morning, the jackpot topped $214,000. A $5 ticket receives 50 percent of the jackpot amount. The odds of winning a Fast Play jackpot are 1 in 320,000. Players can see if they have won and how much instantly with Fast Play. Printed on each ticket is the amount of the jackpot when the ticket is sold and how much of that jackpot the ticket could win. Players can also win instant cash prizes on their Fast Play tickets.