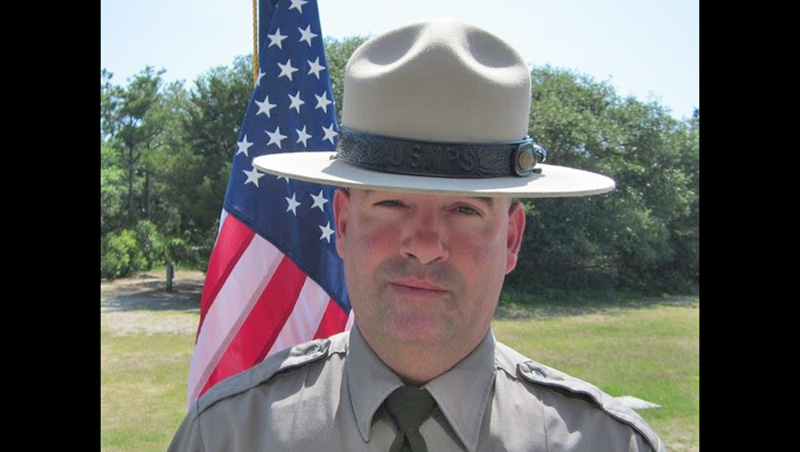 Cape Hatteras National Seashore has announced that longtime Ocracoke resident Shane Bryan has been selected as the next Hatteras Island district ranger responsible for National Park Service law enforcement and emergency services from just south of Salvo to Hatteras village.

Bryan grew up on Ocracoke Island, where he learned to surf, fish and hunt. His career in public service began in 1996 with the Hyde County Sheriff’s Office, followed by a job as a North Carolina Marine Patrol officer.

He joined the National Park Service in 2009 as a Cape Hatteras National Seashore law enforcement ranger stationed in Buxton, then transferred to Ocracoke Island, where he currently lives with his wife and three children.