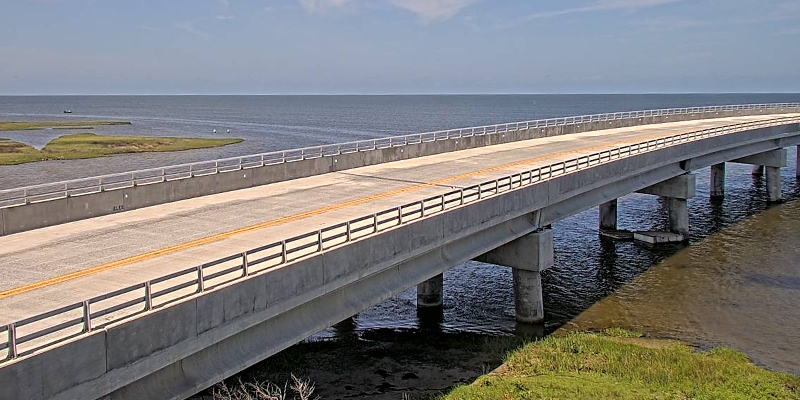 The North Carolina Department of Transportation has announced a delay in the opening of the Rodanthe Bridge due to issues with pavement markings.

The prime contractor for the project, Flatiron, “after consultation with NCDOT, has elected to seek a new subcontractor to replace the substandard markings and re-stripe the bridge and the intersections,” the release continued. “Once a new subcontractor is in place, a better timeline on a traffic shift to the new bridge can be established.”

The markings are the final step for the completion of the 2.4-mile bridge over a section of the Pamlico Sound.