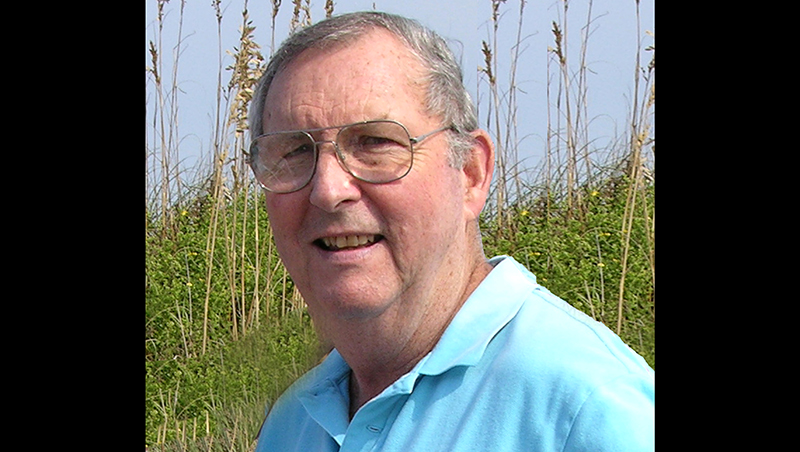 Dick Harper, 85, of Nags Head, died peacefully June 13 at home surrounded by his family. He was born in Chatham County, North Carolina, attended NC State University, and served in the Army. In 1958, he was stationed in Nags Head at the Nags Head Life Saving Station, which was an early warning radar site for the Cold War at the time. He loved Nags Head and lived there for the rest of his life. He served on the Nags Head Planning Board and the Nags Head Board of Commissioners. He was an avid fisherman, and served as president of the Nags Head Surf Fishing Club. He enjoyed a successful career for 25 years as a real estate agent on his beloved Outer Banks.

He was predeceased by his parents Clara and Wade Harper, his brother Carlton Harper, and his sister Joann Harper. He is survived by his wife, Linda Howerton Harper, his daughter Tina Oneto and husband Tim Caudill, and their children Kateland and Sam, his son Rich Harper and wife Tami and their children Drew and Zane, and his son Britt, wife Nicole and their daughter Sophia, and two great-grandchildren Archer and TJ. He is also survived by his brother Billy Harper and his brother-in-law George Howerton and many loving nieces and nephews.

The family is grateful for the loving care of his caregiver and friend Juasarra Dough and his daughter Tina, and the kind services of Adoration Hospice Care. His favorite things were having his family around him and cooking for family gatherings and time spent on the water with them. He will be so missed by his family, friends, and community. A memorial service will be held at Saint Andrews By the Sea Episcopal Church on Friday, June 17 at 2 p.m.