Juneteenth celebration to be ‘kicked up a notch’ for 2022 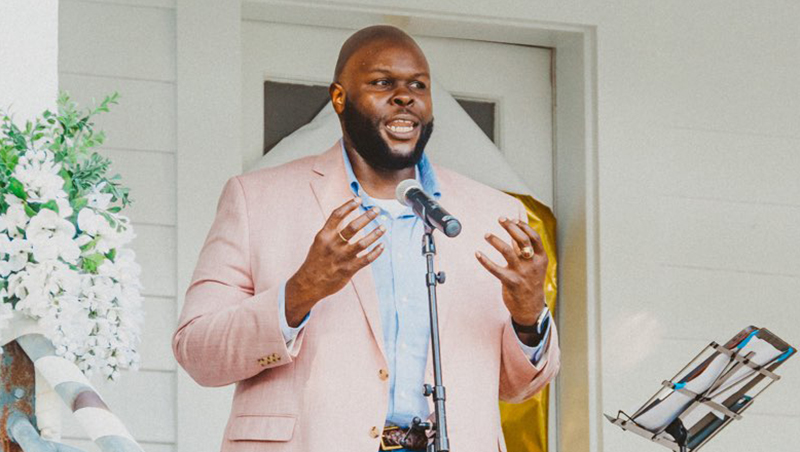 The Pea Island Preservation Society, Inc. (PIPSI) will be hosting its second Juneteenth celebration at Collins Park and the Pea Island Cookhouse Museum on Sunday, June 19 at 5 p.m. in collaboration with the Don and Catharine Bryan Cultural Series and with support from TowneBank and other sponsors.

About 200 people showed their support at last year’s Juneteenth event, and PIPSI hopes for an even bigger turnout this year.

Tshombe Selby, a Manteo native and professional opera singer, performed for the crowd that gathered in front of the Cookhouse Museum steps last summer. “I envision more people coming this year because more people are now vaccinated and understand what is going on with the pandemic,” Selby said.

“It’s a wonderful thing to realize so many people don’t know the history and what Juneteenth is, but are willing to come show support and learn.” Selby noted that this is a step in the right direction and that the community is “far better together.”

This year’s celebration will include readings by children of the community in between musical selections. Darrell Collins, PIPSI president, said “this year we will have four or five community children reading freedom quotes . . . we really wanted to get our youth involved somehow.”

“It’s going to be a wonderful performance because this year I am going to have some of my colleagues who I went to undergraduate with beside me. We performed in our university choir together,” shared Selby. “We will be able to share music . . . and sing together again and offer some harmonies and pieces that were near and dear to our hearts.” Selby said he is excited to “kick it up a notch.”

What both Selby and Collins are most excited for is to honor those that served on Roanoke Island, such as Richard Etheridge, and bring awareness to their legacy.

“When Richard Etheridge was eight years old, there were 800 slaves that lived on the island,” said Collins. By 1864 there were 1,300 African Americans living on Roanoke Island. “It’s very important for people to understand that us having this event not only highlights the history of America, but the history of the African Americans on Roanoke Island.”

“It’s a real treat for me to stand and sing and for that bloodline to be running through me while doing so,” added Selby. “The fact that we can come together in a positive way, that’s special.”

Selby said he takes the examples set by those such as Etheridge and Theodore Meekins to heart, recognizing that they thought themselves not as heroes but as working men. “These were people who were heroes, doing things not because they thought themselves as heroes but because they were working, doing their job. I am happy to honor them in their hard work because without them I couldn’t be where I am today.”

The community is encouraged to come out and support this event. In the event of rain, the concert will be moved to Haven Creek Baptist Church.

To those that are interested in in getting involved in preserving the legacy and history of the lifesaving station and the lives of the brave men who served on Roanoke Island, PIPSI invites you to volunteer. More information can be found at their website, www.peaislandpreservationsociety.com.