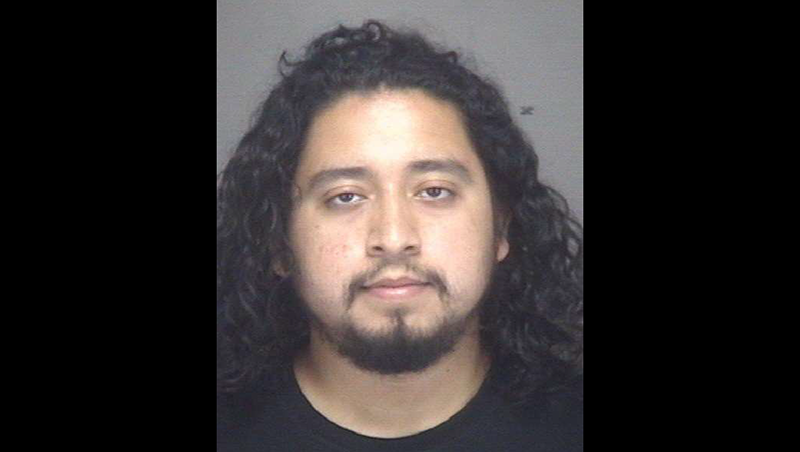 The Dare County Sheriff’s Office has reported the arrest of a Durham man after he fled the scene of an attempted traffic stop.

According to a DCSO press release, on June 9, 2022 at approximately 7:05 p.m., a deputy working the A-District attempted to pull over a motorcycle traveling north from Kill Devil Hills to Kitty Hawk on Hwy 158.

“The motorcycle failed to yield to the Deputies lights and siren and made a U-Turn near Kitty Hawk Rd and proceeded to travel south on Hwy 158,” stated the release. “The driver of the motorcycle then wrecked in the area of Henry’s Restaurant and fled on foot. The driver was apprehended a short time later on the beach near Tateway.”

David Flores, 25, of Durham, was arrested for felony flee to elude, felony defaced VIN and a fugitive extradition warrant from Georgia.