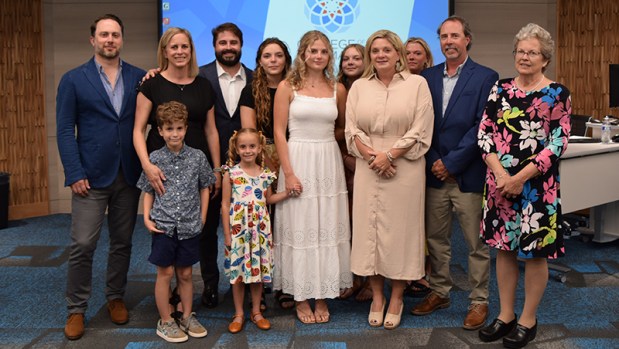 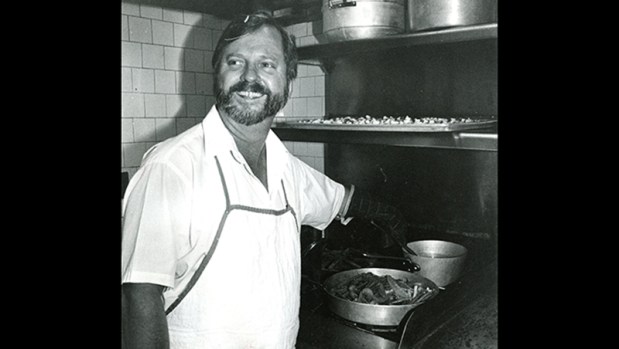 Wayne Gray “at his spot” cooking in the kitchen of Queen Anne’s Revenge. Courtesy Nancy Gray 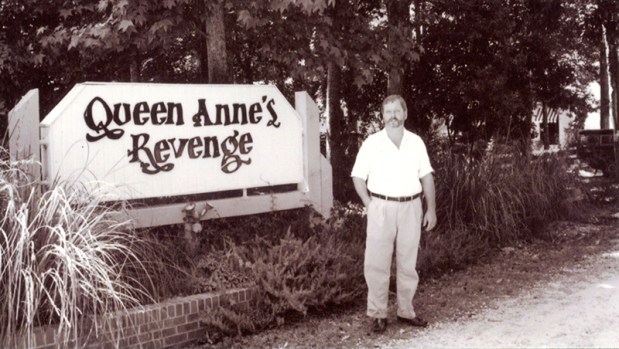 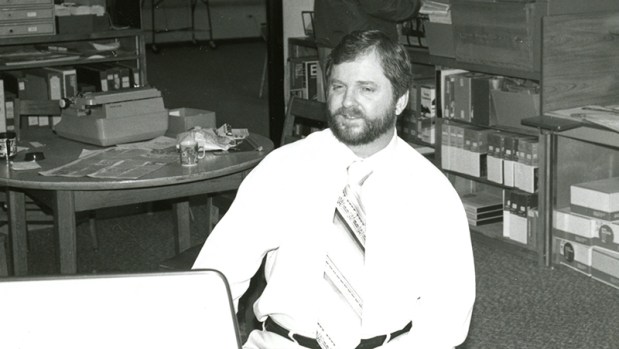 A short film titled The Poet, The Professor, The Restaurateur was shown in Veterans Memorial Hall at the new College of The Albemarle (COA) Dare campus on June 2. This documentary, filmed by Baldwin Video, captured the life of Richard Wayne Gray, an Outer Banks native who left an ever-lasting impact on his community. Gray was a restaurant owner, author and historian, as well as an educator. He passed in August of 2020.

The film highlights Gray’s life, a life dedicated to serving others, whether that be through food service, sharing his love of literature or furthering the academic careers of his students, including many international students who were given the opportunity to continue their studies through Gray’s guidance and mentoring.

Nancy Gray told The Coastland Times that Tim Sweeney, dean of COA Dare, had approached her in December of 2021 about making the video. He had applied for and received a grant to work on the project. “He wanted to highlight Wayne’s devotion to his students,” she shared. “Tim came up with title and his vision for the film, and I was just astounded.”

“He had a huge impact in literature, and really turned our international program around,” said Sweeney. He added that Gray’s books will be used in both history and literature classes taught at COA, as well as being housed inside the COA library. “We wanted there to be a way to keep his legacy alive,” Sweeney shared, “and I’m so happy with how the documentary turned out.”

Along with the screening, the evening’s events included comments from fellow COA faculty, a presentation of the R. Wayne Gray Scholarship and a reception catered by Johanna’s Catering. The Gray family and friends were in attendance along with COA staff, faculty and President Dr. Jack Bagwell and members of the Outer Banks Community Foundation, who played a key role in the creation of the scholarship.

The R. Wayne Gray Scholarship was born after Gray’s passing, when his family came together and decided there was no better way to honor his legacy then to provide a scholarship for COA graduates who wish to continue their education.

“My dad’s biggest group of people he helped were the international students,” said Rheana Watts, the youngest daughter of Nancy and Wayne Gray. “He helped many of them get scholarships or fully paid rides.”

To fund such a scholarship, the family came up with the idea of hosting a fundraiser. A shrimp dinner was offered in August of 2021 at Bethany United Methodist Church in Wanchese, featuring a menu reminiscent of Queen Anne’s Revenge, the restaurant Wayne and Nancy Gray owned and operated together. To say the fundraiser was a success would be an understatement.

“We never imagined we would get enough through the fundraiser to have a self-sustaining scholarship,” Watts said. “We were just blown away at the generosity of the community.” Keil Samson, Nancy and Wayne’s oldest daughter, said “Anytime anything is needed or occurs the whole community rallies together to help each other out. Everyone has been very supportive, even people who have never met him. There has been just an outpour of love.”

The R. Wayne Gray Scholarship provides financial assistance to COA graduates who wish to continue their education at a four-year institution.

This year’s recipient was COA graduate Lane Stevenson. In his video thanking the foundation and the Gray family, which was shown at the event, Stevenson said, “Thank you very much Gray family for the scholarship, I really do appreciate it. It means a lot to me and it is going to help me pursue my dreams.”

Nancy shared her thoughts on the recipient: “The young man who got it has a neat story; he was going to go to college but then COVID happened and wrecked his plans. He decided to work in his family’s business and go to COA and exceled. He was a real leader and somebody who helped other students. A real outstanding person.”

Nancy said Stevenson’s willingness to help others reminded her of Gray’s drive to make a difference in other’s lives. She noted that after Gray was given a second chance at life, all thanks to God, he took advantage of the time he was granted to make an impact, however big or small. Watts added, “sometimes it’s the very small things you do to help people that accumulates over the years. Getting involved in their lives and talking to those people he taught allowed his students to trust him and ask for advice and build a true relationship. Small things like that can make a big change.”

Samson shared her biggest take-away from her father’s life: “Nothing’s ever impossible. He came from nothing, worked his entire way up against all odds in everything he did and still succeeded at it . . . and he did it all the while still looking out for other people. He truly defied the odds.”

View The Poet, The Professor, The Restaurateur on Current TV’s YouTube channel or below: