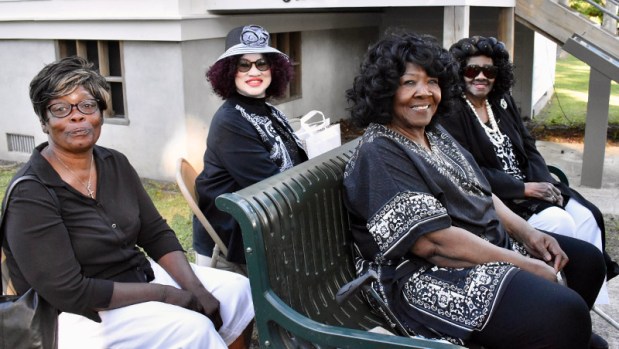 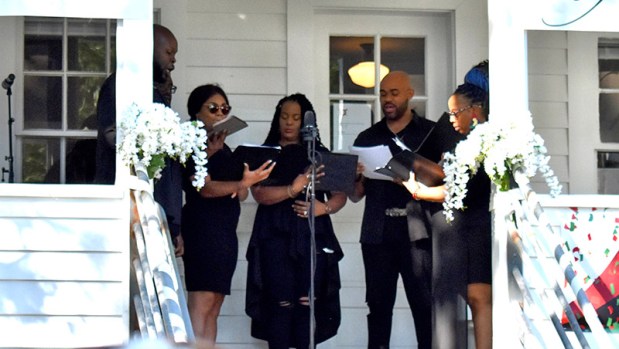 Tshombe Selby takes to the stage with fellow ECSU alumni to perform selections for the crowd. Danielle Puleo photo 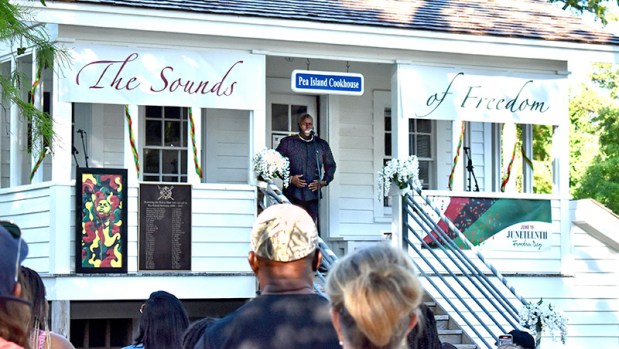 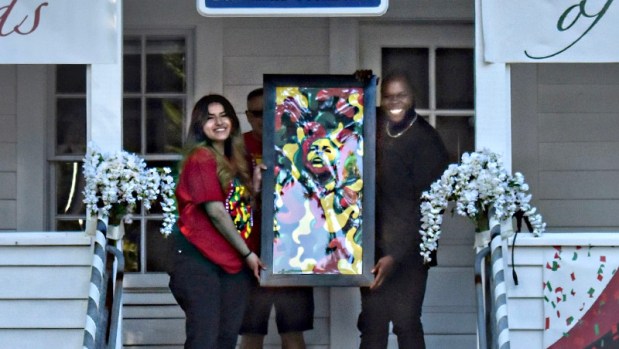 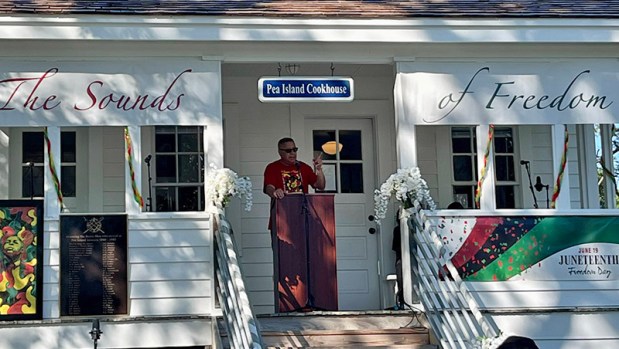 Darrell Collins reminds the crowd of the importance of Juneteenth as the event begins. Danielle Puleo photo 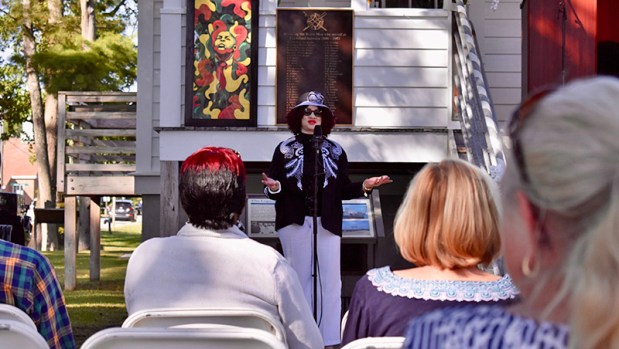 The Pea Island Cookhouse Museum saw its second annual Juneteenth celebration last Sunday. The national holiday commemorates the emancipation of enslaved people in the United States. The holiday was first celebrated in Texas in 1865, where slaves were declared free under the terms of the 1865 Emancipation Proclamation following the aftermath of the Civil War.

Headlining the afternoon’s festivities was Dare County local Tshombe Selby, who took to the steps of the museum with fellow alumni of Elizabeth City State University (ECSU), who had all been members of the university’s choir while attending. The voices that sounded through the crowd included Selby, along with Nathaniel Williams, Bethany Thombley, Bridget Scott, Adolphus Scott, Julius Perkins and Alishia McClenney.

Coquetta Brooks, PIPSI secretary, took to the microphone first, introducing the Echoes of Heritage, a local gospel group who serenaded the crowd with their harmonies. The group members include Brooks, Barbara Selby, Bonita Webster and Doris Creecy.

Darrell Collins, president of the Pea Island Preservation Society, Inc. (PIPSI), reminded the crowd of why the day was one to be recognized: “Today we honor and remember all the lost souls who were stolen from their native land only to perish on the long journey across the Atlantic Ocean, stacked like cords of woods in the bellies of the slave ships whose names are only known by God, but whose stories will never be forgotten.” He continued, “We also remember all the African American slaves and their struggle to be free, who helped build this great nation when cotton was king. Whose blood, sweat and tears soaked deep into the soul of our nation. A human stain of suffering and pain that will never be removed and will always be a part of our nation’s past. We honor them today…”

Rev. Dr. Michelle Lewis took to the stand next, sharing an original work titled “Strange Fruit Still Grows.” The work was inspired by the song Strange Fruit, first sung by Billie Holiday and Nina Simone, a song inspired by the poem Bitter Fruit by Abel Meeropol. Before sharing her work with the crowd, Lewis stated, “There was a literal end of slavery, but it is important for us to recognize that the literal end to slavery bought other ways that black folks here in America were enslaved and some would argue we have continued to be enslaved in our country.”

Intertwined into the afternoon’s main events were readings by local middle school and high school children, who gave voice to the writings of African American historical figures such as Frederick Douglas and Harriet Tubman. In addition, Kamilah Brooks captivated the audience while she sang the National Anthem.

Tshombe rounded out the afternoon singing solo, offering hymns such as Lift Every Voice and Sing and Make Them Hear You and bringing the crowd to its feet. Following his performance, Tshombe was presented with the artwork of KC Claure, which was printed on the 2021 and 2022 Juneteenth t-shirts distributed by PIPSI.