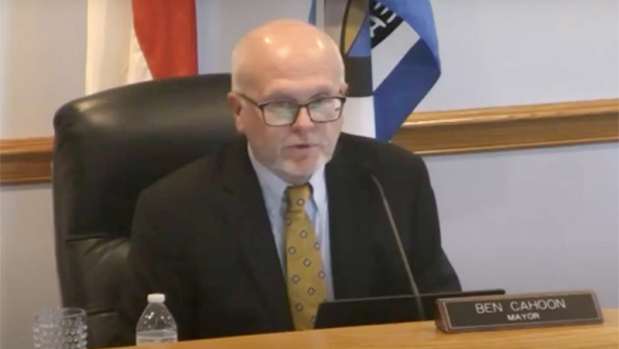 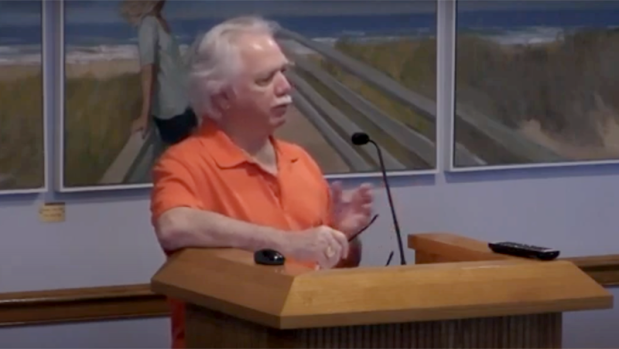 Nags Head commissioners adopted the fiscal year 2022-23 budget, which includes pay adjustments designed to help town employees
Town manager Andy Garman, in his recommended budget, suggested a cost-of-living adjustment (COLA) of 6% for town employees, but commissioners voted to increase it to 7%. Seasonal lifeguards will see a larger pay increase as well from the recommended $15.50 per hour up to $16 per hour.
Garman had recommended a 401K contribution increase from 3% to 5%, but commissioners settled on 4% (except for law enforcement officers, who have a separate pay and benefit scale). According to public information officer Roberta Thuman, commissioners voted to reduce the 401K increase that had been recommended so they could increase the COLA. “They felt the 1% increase to the COLA would be more beneficial to employees at this time,” she said.

Other budget changes from the town manager’s recommended budget include new furniture for the town hall in conjunction with the security retrofit and lighting project at a cost of $15,000 and an increase in estimated fuel to $5 per gallon for diesel and $4 per gallon for regular unleaded, a change totaling $114,250.

The town is estimating some revenue increases as well from the recommended budget – increased occupancy taxes, land transfer taxes, intergovernmental grants and others, for a net financial impact to the general fund totaling $171,529.

General Fund expenditures total over $35 million, up from over $26 million from FY 2021-22. $7.4 million of the FY 2022-23 budget includes a transfer to the Capital Investment Fund, a fund created by the town to save for large, future expenditures rather than financing them.

A user-friendly version of the budget can be found online at nagsheadnc.gov/DocumentCenter/View/4618/Fiscal-Year-2022-2023-Adopted-Budget.

Commissioners also discussed a text amendment to adjust the square footage of cottage courts. In 2016, cottage court structures were capped at 2000 square feet. However, commissioners decided in 2019 that 2000 square feet was too big for a “cottage” and so they lowered it to 1500. Developers approached the board requesting a variety of sizes for the cottages to increase diversity in styles.

Mayor Ben Cahoon said that he is open to allowing two-story units and that he’s willing to adjust the square footage requirements.

After some deliberation, commissioners decided to table the text amendment and send it back to the planning board for some language adjustment.

Commissioners were generally supportive of electric vehicles, but noted the distinction between public and private facilities and charging stations. Commissioner Renee Cahoon said, “I’m not prepared to adopt this document at this time because I think we need to let the public look at it. We need to take a really long delve into it. I was concerned about them talking about the town paying for private chargers at houses and different things – that would cause me heartburn…”

Commissioners were in favor of baby steps and gauging public demand for charging stations before investing more money into them.

Next on the agenda was the consideration of the event sponsorship policy. The policy is to encourage business sponsorships for town events like music and movies, as well as fitness events. The idea is to encourage business cooperation and funding for community events as a way to bring in quality entertainment and events. Commissioners were interested in public input before they approved the policy.

“We’re getting ready to do something that’s different from what we’ve been doing and get some buy-in from [the public] – understanding the good purpose but also understanding that it’s going to be a different look and making sure they’re comfortable with that,” said Mayor Cahoon.

Town manager Andy Garman then asked the community for volunteers from all areas of Nags Head to form a committee to prioritize pedestrian improvement projects. Interested persons are encouraged to contact the town.

In commissioner reports, Renee Cahoon brought attention to the dangers of digging large holes on the beach, especially those that are left unattended. Mayor Cahoon presented a resolution in support of a Wright Brothers Tribute Museum and Observatory at the Aycock Brown Welcome Center in Kitty Hawk. The center is proposed to be fully privately funded at no expense to the taxpayer. However, upon request for a motion to pass the resolution, none of the commissioners spoke up. After a moment, commissioner Mike Siers said “it is in the planning dream phase” so commissioners decided to wait on the resolution until a future date.