Jesse Lamont Jenkins, 30, was sentenced in federal court to 92 months of imprisonment for his role in an armed robbery of an ABC store located on Westwood Drive in Rocky Mount, according to a June 17, 2022 press release from the U.S. Attorney’s Office, Eastern District of North Carolina.

Jenkins pleaded guilty to one count of Hobbs Act robbery on December 14, 2021.

“Hardworking people should never be threatened at gunpoint for simply doing their jobs,” said U.S. Attorney for the Eastern District of North Carolina Michael Easley. “We are committed to keeping Rocky Mount a safe place to work and raise a family – and we will keep partnering with local law enforcement to take violent career criminals off the streets of Eastern North Carolina.”

According to court documents and other information presented in court, on August 10, 2019, Jenkins and Eric Montrell Mobley entered the ABC store located on Westwood Drive in Rocky Mount.

“The robbers brandished a firearm demanding money and threatened to ‘smoke’ the employees if they did not comply with their requests,” stated the release. “Jenkins and Mobley took $3,316.72 and fled the store. Jenkins and Mobley were later arrested. Mobley is scheduled for sentencing in July.”

“This case is part of Project Safe Neighborhoods (PSN), the centerpiece of the Department of Justice’s violent crime reduction efforts,” stated the release. “PSN is an evidence-based program proven to be effective at reducing violent crime. Through PSN, a broad spectrum of stakeholders work together to identify the most pressing violent crime problems in the community and develop comprehensive solutions to address them. As part of this strategy, PSN focuses enforcement efforts on the most violent offenders and partners with locally based prevention and reentry programs for lasting reductions in crime.” 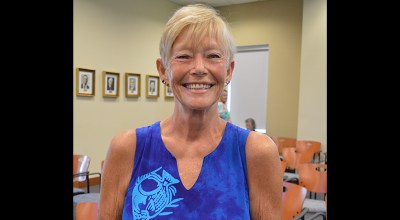