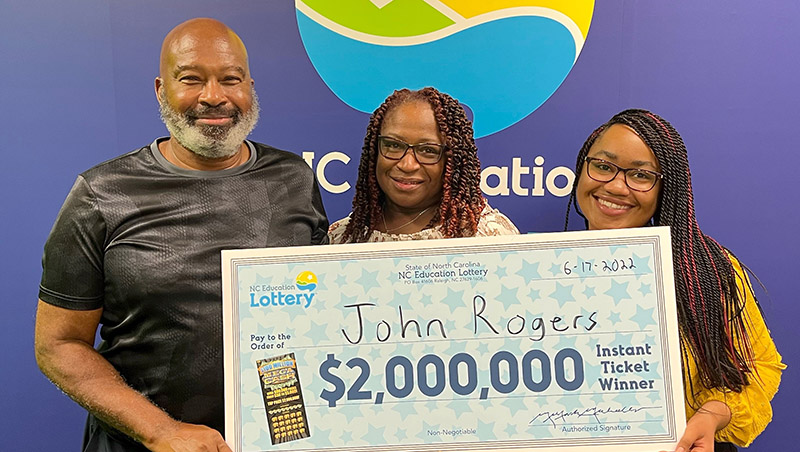 The North Carolina Education Lottery has announced a $2 million win that made Father’s Day extra special for one man.

John Rogers, of Raleigh, decided to celebrate Friday’s Day early on June 17 by treating himself to a $20 scratch-off that presented him with a $2 million prize.

“When I was buying the tickets I said, ‘This is my Father’s Day gift to myself,’” Rogers said. “This will be one Father’s Day I’ll never forget.”

“I was kind of delirious to tell you the truth,” Rogers said. “It still hasn’t really hit me yet.”

When Rogers arrived at lottery headquarters to collect his prize, he had a decision to make: he could choose to receive the prize as an annuity of $100,000 over 20 years or a lump sum of $1.2 million. He chose the lump-sum amount of $1.2 million and, after required state and federal tax withholdings, took home $852,126, stated a press release from the North Carolina Education Lottery.

“My wife told me, ‘You don’t have pocket change, you’ve got money now,’” Rogers laughed.

Rogers said in addition to paying some bills, donating money to his church and helping out some family members, he wants to use part of his winnings for a special vacation with his wife.

“I’ve always told her I was going to take her to Hawaii and now I can,” Rogers said.