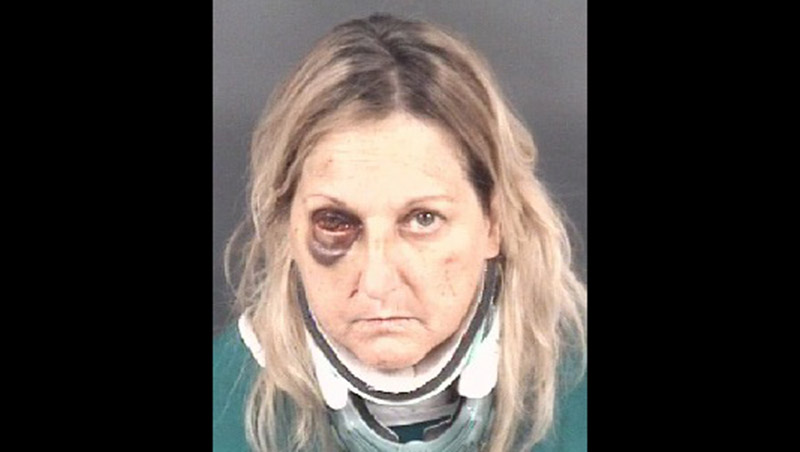 A Florida woman is accused by a North Carolina sheriff’s office of stabbing the man she provides care for with a felt-tipped marker and pushed him out of a moving car.

The Cumberland County Sheriff’s Office said in a news release on Monday that Arlene Mary Bonitz, 57, of Palm Harbor, Florida, was driving south on Sunday on Interstate 95 near the 64-mile marker in Godwin, North Carolina. In the car with her was a man for whom she provides care and support due to his cognitive issues, the sheriff’s office said.

According to the news release, Bonitz stabbed the man several times with a felt-tipped marker before pushing him out of her car while driving at 60 mph (96 km/h). She continued driving on I-95 before she crashed, the sheriff’s office said.

Bonitz and the victim were taken to a local hospital for treatment. The victim suffered a broken pelvis and had road rash on his face, hands, and legs, investigators said.

Bonitz was charged with assault with a deadly weapon with intent to kill. She was given a $75,000 secured bond and was scheduled to appear in court on Tuesday. It’s not known if Bonitz has an attorney.