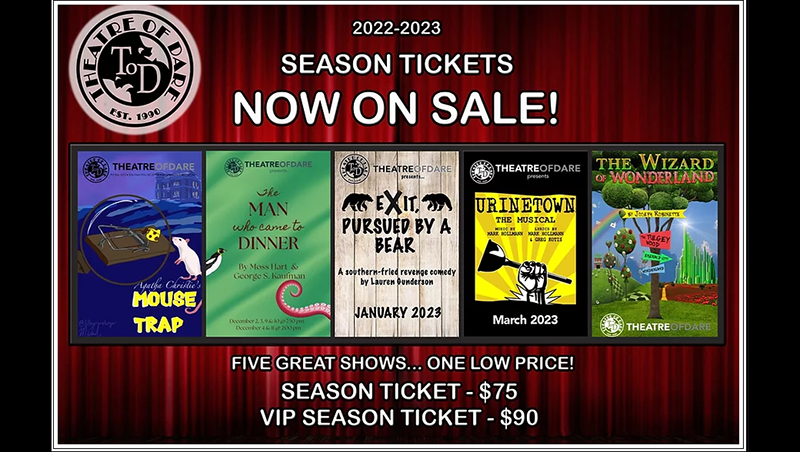 With a stage of its own and a slate of five regular season productions on its agenda, Theatre of Dare has announced that season tickets for the 2022-23 season are now available on its website.

“We’ve got a great mix of old and new, from family-friendly to somewhat edgy fare in our lineup this season,” said T.O.D. president Stuart Parks II. “With the season ticket packages now available, our fans can save some money while guaranteeing themselves a seat at all of our regular season productions.”

The season ticket packages start at $75 and include the following five productions:

Also this season, Theatre of Dare is offering a VIP season ticket for $90, which includes early entrance to the theater for priority seating.

“It’s going to be a great season, and a season ticket is the best way to be there for all of it,” said business manager Kelsey Thompson. “We think it’s the best entertainment value on the Outer Banks.”