Pedestrian and dog die after being struck by truck in Avon 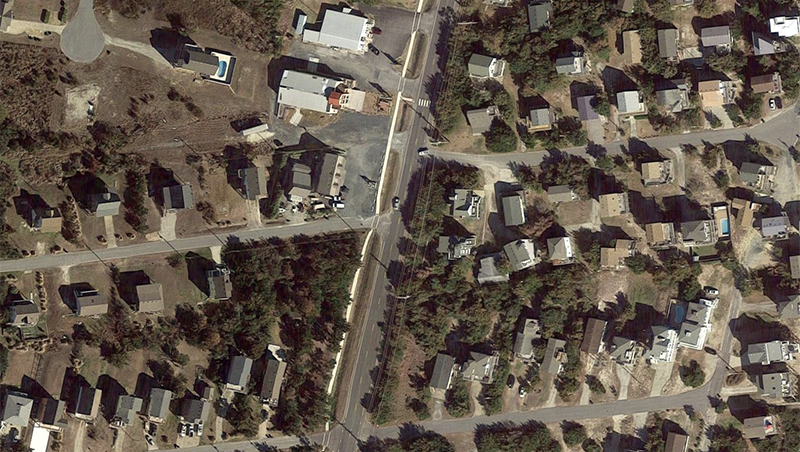 The area of NC 12 and Dolphin Lane in Avon. Google Maps image

A man walking north on the grassy NC 12 shoulder with a dog in the area of Dolphin Lane was hit by a 2005 GMC Sierra pickup truck on Sunday afternoon, July 17, 2022.

Thomas Christos Koconis, 24, of Boston, Mass., was flown to The Outer Banks Hospital where he was stabilized and then onto Norfolk General Hospital, where he died due to his injuries.

The gold pickup truck was driven northward by James Michael Beard, 64, of McGregor, Texas. Beard lost control of the truck and struck Koconis and the dog. The truck landed in the drainage ditch on the east side of NC 12. The dog died at the scene.

No impairment was noted. The incident remains under investigation, reported a spokesperson for the North Carolina State Highway Patrol.