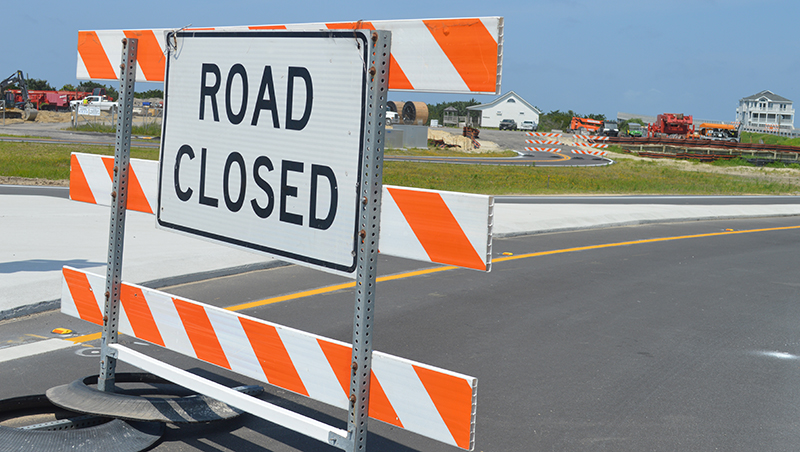 The Rodanthe Bridge opening is delayed.

A new line painting contractor is on the job now. Oglesby Construction, with headquarters in Norwalk, Ohio, is the new line painter.

But an equipment problem stopped the work.

On Tuesday, July 19, the Oglesby crew started work at 8 a.m. The first two test stripes only needed minor adjustments. The paint was the right thickness. The stripe was the right width.

It was evening and the closest available motel rooms were reportedly in Plymouth. The painting stopped for the evening.

The next morning, painting started on the southbound lane.

The painting crew noticed the paint was not drying and stopped almost immediately rather than continuing. Only about 40 feet of white line was painted and that has been removed.

The on-the-bridge crew suspects the problem to be a pump for the catalyst that goes in the paint. So, the truck headed to the mechanical shop in Norwalk, Ohio for pump repair.

A call from Oglesby was expected Friday, July 22 to report on the repair investigation. As of press time, there was no update.

UPDATE ADDED JULY 26: Update on Rodanthe Bridge: The contractor for the Rodanthe Bridge has repaired and tested the paint truck. The paint crew traveled from northern Ohio to the Outer Banks on Monday, July 25 and will resume work Tuesday, reports NCDOT staff.