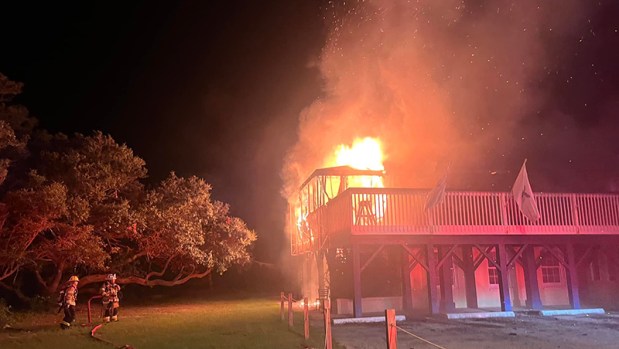 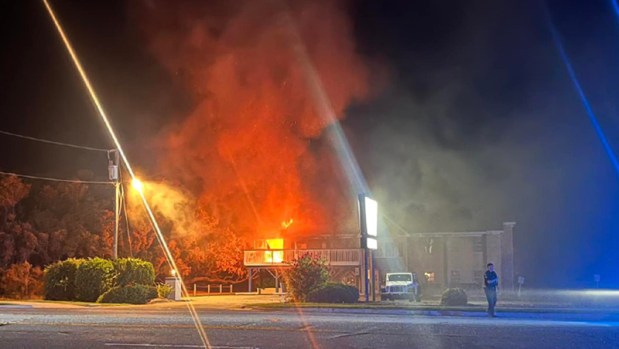 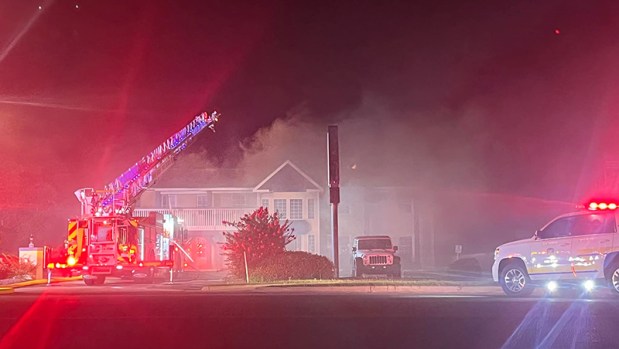 “First arriving Nags Head Police Department units found fire on the exterior with some fire visible through the second floor windows,” stated information from Nags Head Fire Rescue. “Truck 16 arrived to find a working fire with extension into the attic space. A second alarm was transmitted to bring additional man power to the scene.”

While the structure received significant fire damage, there were no injuries to firefighters or occupants reported. The cause of the fire is still under investigation and no foul play suspected, according to Nags Head Fire Rescue.

“Our thoughts go out to the Eagles club members.”