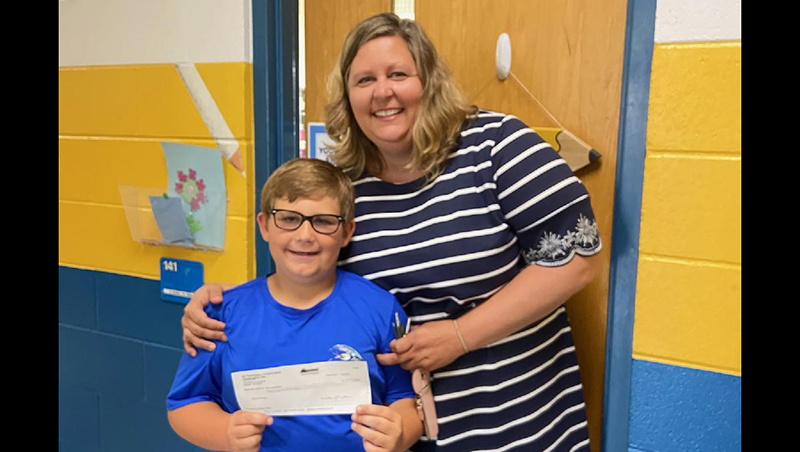 The Hyde Soil and Water Conservation District sponsored the 2022 poster and essay contests “Soil & Water … Yours for Life.” The poster contest was open to all students in the third through fifth grades in the county.

Mattamuskeet Elementary School submitted posters and first through third place winners received cash prizes. The teacher who had a first place student winner also received a cash award.  In addition to their awards, the first-place winners’ posters from Hyde County competed with other districts in the Area 5 competition, which includes 16 counties.

Quinn Etheridge received first place and a cash prize in the Area 5 competition for third grade and advanced to the state competition where he competed with students from across the state of North Carolina. He took second place and received a $100 cash award.

Westley Whitfield, also in third grade, earned third place and received the district’s Most Creative Award and received cash awards for both.

Kinley Williams, a fourth grade student, won the third place award and a cash award from the district.

Watson Marshall, a fifth grade student, received the third place award for the district as well as a cash award.

Community Resource Day to be held Thursday in Swan Quarter