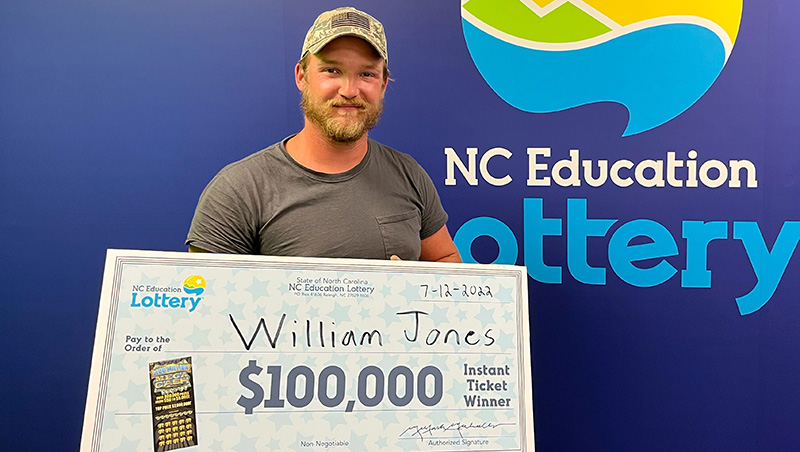 William Jones, of Richlands, drove to the store to buy a propane tank for his grill and, deciding to try his luck on a scratch-off, bagged a $100,000 win.

“I mainly wanted to get some propane to cook some steaks on the grill,” he said.

Jones, a 32-year-old turkey farmer, bought his lucky $100 Million Mega Cash ticket from the Speedway on South Jackson Street in Beulaville. According the a press release from the NC Education Lottery, Jones said he bought an Extreme Cash ticket earlier in the day and won $500, so he decided to try his luck again.

He collected his prize July 12 at lottery headquarters and, after required state and federal tax withholdings, took home $71,016.

Jones said he has a special event in mind that he wants to use his winnings on. “I think I’ll go ahead and pay for our wedding,” Jones said.