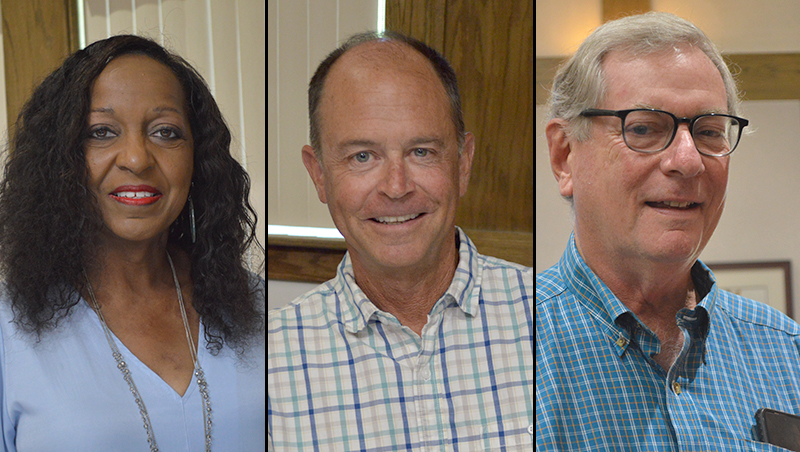 Malcolm Fearing, appointed task force chairman on July 6, presented a slate of candidates to the Manteo commissioners. The eight-member slate lacked representation from the Manteo board.

Tess Judge, chair of The Outer Banks Hospital Board of Directors.

Fearing said all those listed had agreed to serve.

Manteo Mayor Bobby Owens suggested that two commissioners from the town board be appointed.

Tod Clissold was nominated by Selby.

Both nominations were supported unanimously.

Commissioner Sherry Wickstrom addressed process and worried about how the task force will capture the public’s ideas.

Fearing responded that town manager Melissa Dickerson will cause minutes to be kept, that a page will be set up for the task force on the Town of Manteo website for folks to reach the task force and that public comments will be on the agenda for every meeting.

Dickerson reported that Dare County has offered the use to its two large conference rooms that are technologically equipped to hold virtual conversations.

Owens said “I hope we can give the Task Force complete autonomy without too much meddling.”