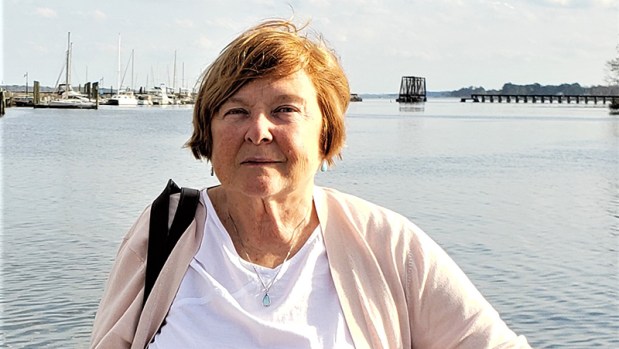 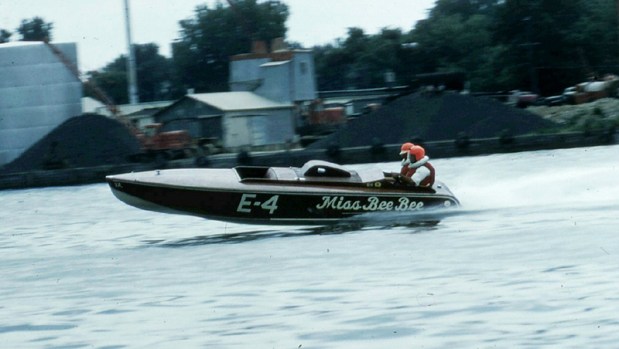 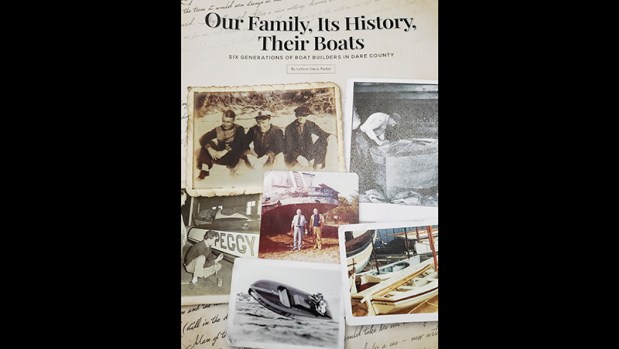 The cover art for “Our Family, Its History, Their Boats: Six Generations of Boat Builders in Dare County.” Courtesy LeVern Davis Parker

Manteo native LeVern Davis Parker spent her early years on the water. Boats have been a constant in her life, connecting her to both the place she has called home for so long and to life beyond Roanoke Island. This particular form of transportation “runs in her DNA” and has for generations. Her new hardback book “Our Family, Its History, Their Boats: Six Generations of Boat Builders in Dare County” dives head first into an adventurous life as the daughter of a boat builder and where the call to the sea started.

The author’s family ties when it comes to boat building loop back to her great-great grandfather, George Washington Creef Sr., who was a ship carpenter during the second world war. He crafted a boat that could maneuver the shallow sound waters of Roanoke Island, known as a “shad boat.” In 1987, the General Assembly of North Carolina adopted the shad boat as the official state historic boat of North Carolina.

Creef Sr.’s sons George Washington Creef Jr. and Benjamin Howard helped keep their father’s boat designs alive. They built boats on the waterfront in downtown Manteo, where Creef Jr. constructed his most famous sharpie/bugeye known as the Hattie Creef.  This masterpiece had her claim to fame when she carried crates between Elizabeth City and Kitty Hawk for the Wright brothers between 1900 and 1911; the crates contained parts that would lead to their successful airplane.

The impressive legacy continued on down the ancestral line. Parker’s father and uncle, Herbert Vernon Davis and Carson Ralph Davis, shared a love for boat building. While their main responsibilities were tied with the family store, their free time was spent working on new water-bound racing vessels. Parker shared that her father had boat building coursing through his veins: “He would tell me that you know what a boat is going to look like from the time you start building it, you don’t need a plan to do it, you just build it.”

The Davis brothers spent years perfecting their race boats, from their very first attempt on the Pat I, an air drive, single step hydro scow hand-built in the 1930s, to the Miss Bee Bee, the 1957 national champion of the Class E runabouts.

The writer began preserving this family history back in 2014, when she was going through boxes of materials from her childhood home. She found letters and photos from her family and decided it was time to document the hard work her family had so passionately pursued.

“What really has sparked my interest was that fact that I am now the matriarch of the family,” Parker said. “I wanted to leave a legacy for my boys and my sister’s children: this is your family, this is where you came from and it doesn’t need to be forgotten.”

She began by organizing the memorabilia from the boxes she had found and reached out to family, friends and those who had purchased the boats her family had built. Then she got to researching. “In doing research, my ultimate aim was to research their race boats. As I researched these race boats, I found out things I never knew: my dad and uncle’s race boats held international, national and local records from the 1930s to the 1960s. That’s pretty amazing when you think about it.”

Parker realized her family’s success was an integral part of Dare County’s history that many people do not recollect. Along with running a prominent business on Roanoke Island for around 100 years, the Davis-Creef line contributed greatly to the boating world.

This book gives the reader a chance to meet the boat builders, take a glimpse into Manteo’s history and discover what life was like racing boats – who built them, where they ended up and who they met along the way. Parker shared that she gained a whole new family by attending races throughout her life. And family, along with independence, free will and perseverance, were values her father held in the highest regard. “My hope is that people will see that if you are willing to work hard and persevere through hard times that you can succeed at anything you want to do.”

To obtain a copy of “Our Family, Its History, Their Boats: Six Generations of Boat Builders in Dare County,” email the author directly at levernp@yahoo.com.