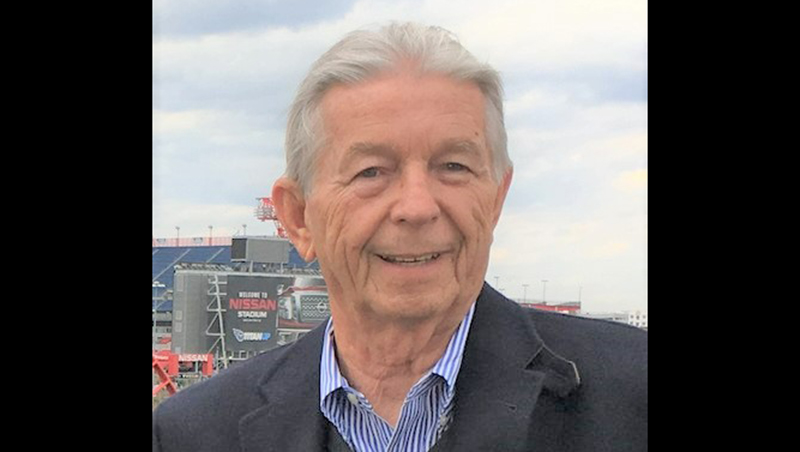 Kitty Hawk – Roy Clayton Smith Jr. passed peacefully into eternal life July 25, 2022 after a long battle with Alzheimer’s. He was at his home surrounded by the family and friends he loved most. Roy has been joyously reunited with his parents Roy Smith Sr. and Mary Hawkins Smith, his brother, Carroll Smith, and his step-children, Sharon Church, James Hancock, and Wayne Hancock.

Roy’s remarkable life began in Kinston, NC however his childhood was spent in South Norfolk, VA which he considered home. Roy proudly enlisted in the United States Marine Corps and after completing his commitment to his country, he started his career in women’s fashion working with Brooks Fashions until joining Cache Inc. a high-end women’s apparel company based in New York City. Driven and capable, Roy built a successful career with Cache as the Executive Vice President running more than 200 Cache locations around the country. Along the way, Roy met his future wife, Pamela Kulsa. The couple married, traveled, and lived a fairy tale love story which led them to retire to the Outer Banks In 2002.

Here, Roy channeled his energy and intelligence into a second career. He obtained his North Carolina real estate license and thrived selling properties with Coldwell Banker Seaside Realty for several years. In 2018, Roy took his second retirement which allowed him time to pursue his passion for maintaining his lawn and gardening. Before his illness, Roy also loved fishing, spending time on the family’s boat and taking care of his cats, Penelope and Archie.

The family has honored Roy’s directives for cremation. Plans are pending for his celebration of life gathering which will be held at Duck Woods Country Club in August.  Pleas share condolences and your favorite memories of Roy at www.gallopfuneralservices.com. Gallop Funeral Services, Inc. was entrusted with arrangements.