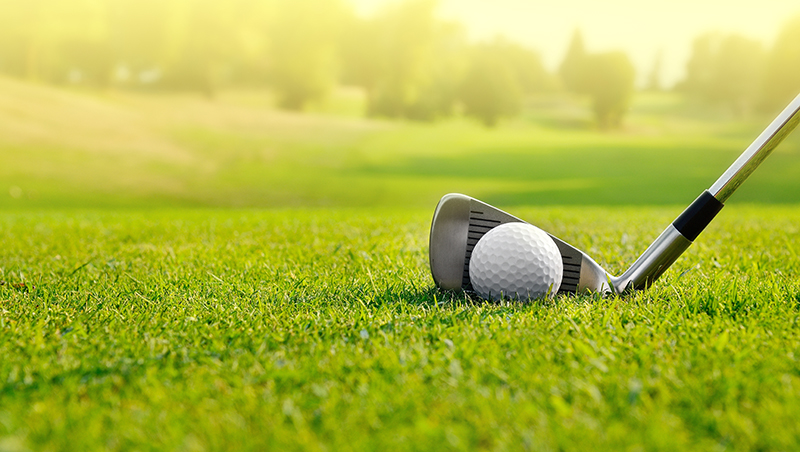 I was a hacker in those days and didn’t score respectfully on the links until I started teaching at the Cassadaga, New York elementary school and began to find time to practice and play more often.

On occasion, Russ tolerated my hacking in high school and let me join him in a round of golf with our mutual friend Lauren, who was very serious about learning the game. Russ was Lauren’s self-appointed teacher and coach.

Although very enjoyable, I don’t remember much of anything about playing 18 holes of golf with Russ and Lauren except for one incident that is burned into my memory like a hot iron. Whether this incident occurred on a golf course or at a driving range I’m not certain, but here goes:

Lauren was set up to hit a tee shot with his driver. Russ was facing him several feet away from the ball and I was standing safely in the background. Lauren went smoothly into his backswing and then swung the club at the ball with blazing, lightning speed, almost fast enough to be followed by a clap of thunder.

I automatically looked for the ball to be sailing long and high down the fairway when I heard Russ gagging loudly. The ball had gone straight up and hit him in the throat! East Rochester legend has it that the dimples and backward imprint of the golf ball’s name were visible on Russ’s neck.

Lest you believe that golf mishaps are rare, hold on to your hat. My good friend Ken once drove a golf ball through the windshield of a parked golf cart. Many windows have been replaced in homes of occupants who chose to live alongside a golf course fairway where many golfers have been known to slice their drives into inviting windows. I’ve witnessed several golf clubs being tossed into ponds following an errant shot. Once – only once – have I seen someone throw his entire set of clubs and bag into the waiting water. Golf even has its own word to alert people to potential danger: Fore! It means duck, look out, run or hit the ground.

Although shattering to my pride, let me confess that I have not been innocent of golfing mishaps.

Playing in a best-ball tournament – where you alternately play the best shot hit by a teammate – with golfing partners Leon, Sam, Ken and Everette, I hit my drive into heavy, ongoing traffic. Fortunately, it missed all traffic, took a big bounce on the road and settled on the lawn of a local business. Everyone on the team, especially me, was cringing until the ball landed harmlessly on the waiting lawn.

Not to be outdone, I hit a drive that same day into my left ankle. It hurt! While I was hopping around the tee, Sam was on the ground laughing hysterically and Leon and Everette were trying to be polite by not reacting, but eventually broke out laughing.

I could go on and list the number of new, expensive golf balls I’ve hit into ponds, lakes and rivers – as many as three in succession – but I won’t.

If you’re wondering why I would want to continue playing golf, it’s because I’ve had many pars, my share of birdies and even several eagles. But truthfully, all golfers cast aside those bad shots, choosing to remember the few good ones and that “hope-springs-internal” feeling that lures you back to again battle the golf course and shoot your lowest score or, perhaps, make that elusive hole-in-one.

Unlike Mark Twain who said, “Golf is a good walk wasted!” I did, do and will always love the game.