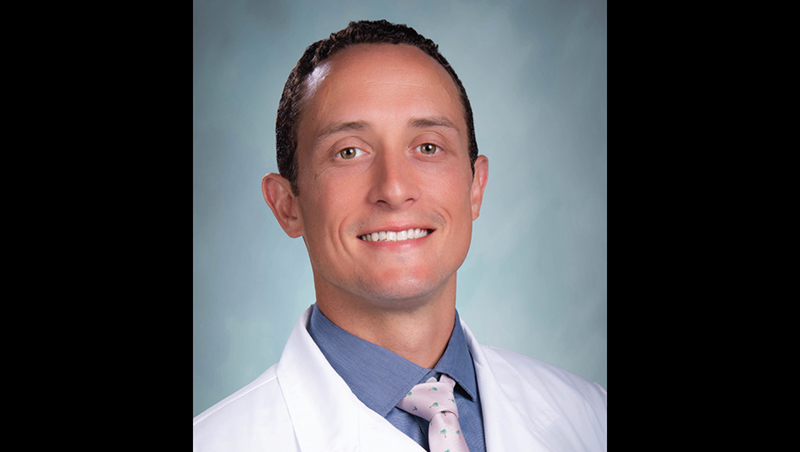 Some 1,500 people are on the waiting list. Sloan said the process will take several months.

For the next several weeks, Worthen will work with Chris Handron, a physician’s assistant, in transitioning Handron’s patients to Worthen’s care.

Handron is relocating out-of-state and finishes his work in Manteo Sept. 1, 2022. In a letter posted along with Sloan’s video, Handron said those patients with appointments past Sept. 1 will automatically be moved to Worthen’s calendar.

“I will do my absolute best to continue the high-quality and compassionate care that you have received from your previous provider and look forward to caring for you and this community for many years to come,” stated Worthen in a provider information sheet. According to the information sheet, Worthen grew up in eastern North Carolina around the Cedar Island/Morehead City area. He is a 2014 graduate of the American University of the Caribbean School of Medicine, completed his residency in family medicine at VCU-Riverside in 2018 and has worked at Straub Medical Center – Hawaii Pacific Health in Honolulu, Hawaii.

In the video, Sloan next talks about expansion plans for Manteo. Expansion at Outer Banks Family Medicine – Manteo is a shared collaboration between ECU Health, Chesapeake Regional Healthcare and The Outer Banks Hospital. Worthen’s board certification is with the American Board of Family Medicine.

Sloan announced that the collaborative is working with Dr. Walter Holton to secure property adjacent to the existing Manteo practice.

A 2,500 square foot addition would be constructed and the existing facility renovated.

Two parcels owned by Holton adjoin the existing facility. The vacant property in two parcels has 34,000 square feet. The properties are located outside the boundaries of the Town of Manteo in unincorporated Dare County, according to Dare County tax information.

He announced a new physician for Outer Banks Women’s Care in Nags Head.

She comes to Dare County from The Howard Center for Women’s Health, which has eight offices in Georgia. Dillard lives in Tifton, Ga.

Dillard received her bachelor of science degree in nursing from Virginia Commonwealth University in 2000. She worked as a labor and delivery nurse prior to returning to school to receive her certified nurse midwifery degree from Tufts University of Medicine. She then practiced as a nurse-midwife for seven years. She graduated from the Medical University of the Americas as a doctor of medicine in 2011 and completed her obstetrics and gynecology residency at Riverside Regional Medical Center in Newport News, Va. in 2015.

Dillard replaces Dr. Dan Dwyer, who will only practice one day a week as he transitions to the position of regional medical director – medical affairs for ECU Health.

Sloan also announced that Katie Caton, a nurse practitioner, will join The Outer Banks Hospital’s hematology/oncology practice. She graduated from Old Dominion University in Norfolk, Va. with a masters of science in nursing followed by a doctorate in nursing practice in 2012.

Sloan reported recruitment is underway for an oncologist as well as to replace Dr. Daniel Terryberry, who practiced family medicine in Kitty Hawk.