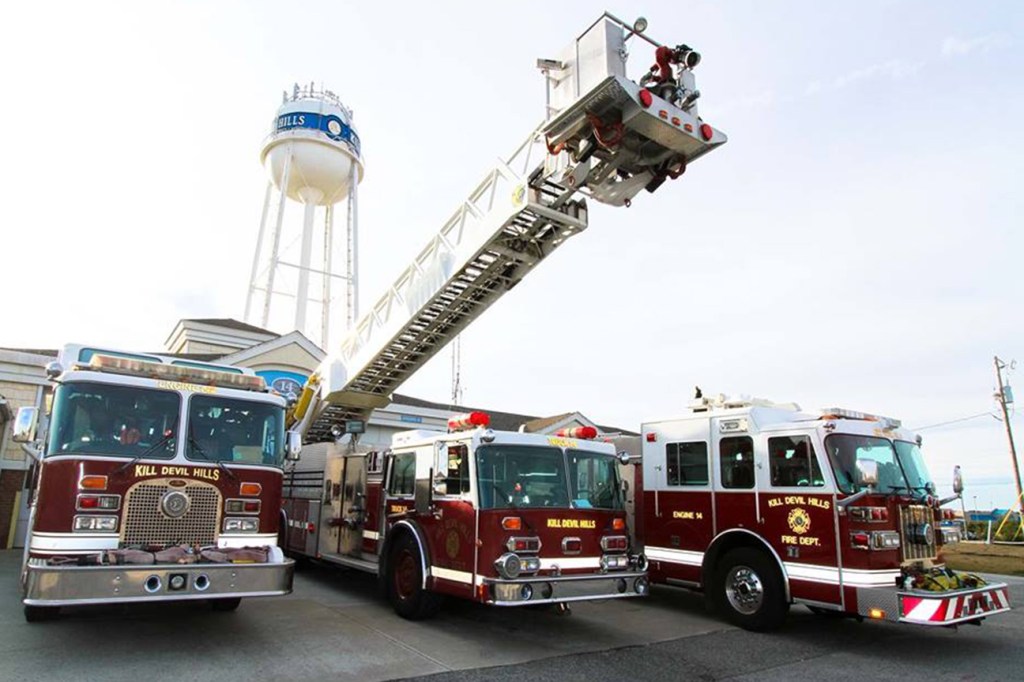 Fire crews from Colington and Kitty Hawk fire departments also responded to the incident. The Kill Devil Hills Police Department and Dare County EMS were on scene and assisted in the operation.

“The fire was extinguished and there is extensive damage to the structure,” stated the release. “Everyone got out of the structure safe. There were two injuries due to smoke inhalation and they are being treated.”

The Kill Devil Hills Fire Marshal John Risoldi Sr. is investigating to determine the origin and cause of the fire.