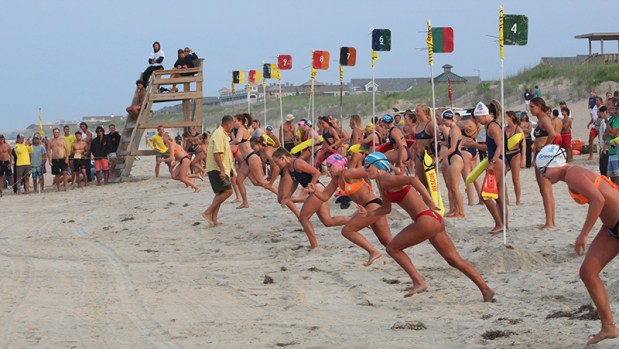 Kill Devil Hills Ocean Rescue Supervisor Dave Elder, center in yellow shirt, gets out of the way as the relay teams look to hit the water in a simulated victim and rescue event at Ocean Bay Lifesaving Station recently. Daryl Law photo 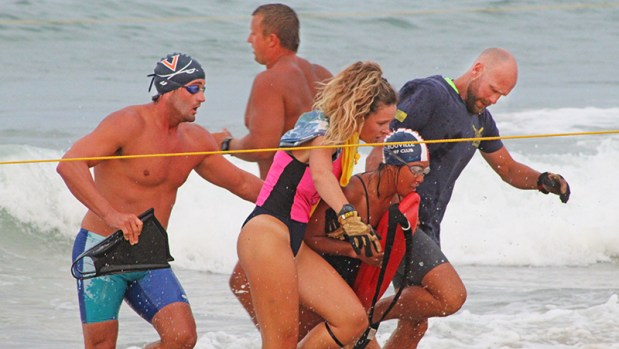 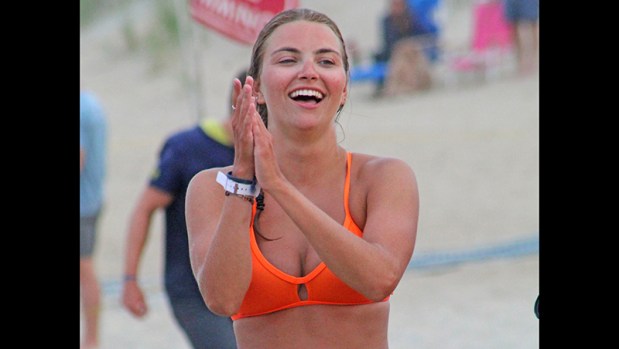 Elizabeth “Ellie” Wagner of Corolla Beach Rescue says all lifeguards are winners because they save lives. Daryl Law photo 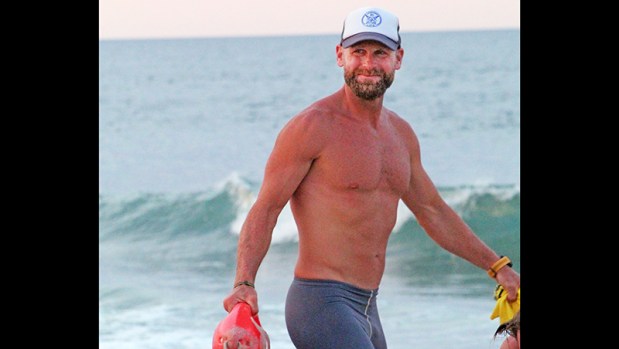 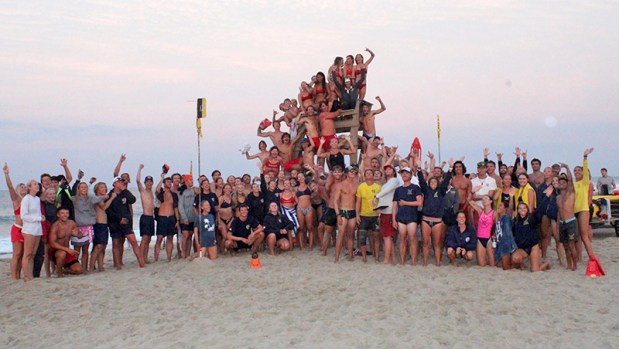 Ocean Rescue lifeguards from Corolla to Ocracoke get together for photograph on the beach in Kill Devil Hills. Daryl Law photo 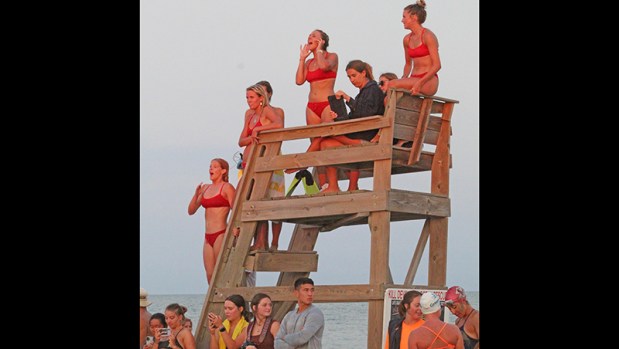 In their trademark red suits, the Kill Devil Hills Ocean Rescue guards cheer on their teammates during a closing event of this area competition earlier this summer. Daryl Law photo

He was pleased with his team’s outing that evening and said, in general, Nags Head typically excels in competitions. This one included seven individual events, three rescue races and three relay races.

“We won the small beach division with 301 points and Carolina Beach was second,” Motz said. “We do very well for ourselves size-wise.

Motz admitted competition is his “passion,” so he was fully in the mix and helped his athletes rack up some serious points. A former college track and cross-country runner, he can run fast and swim strong too.

Team-wise, Nags Head finished in second place for the highest point total, overall, in the regional event. Individually, Motz was the highest scorer overall for in open events including paddleboard and surf ski.

“I like my job, I get paid to work out and use my physical talents to help out others,” he said. “I also enjoy the camaraderie and seeing the guys again I’ve been competing against for 15 years.”

Being part of the team also helps him build bonds and trust with his employees. They have around 45 guards total with 26 working each day covering the beaches with 15 stands. They use three trucks and eight ATVs daily to get the job done.

Nags Head Ocean Rescue is based at Bonnett Street and also has a small substation at Hargrove Public Beach Access. Nags Head hosted all the other area services to a Wednesday night practice competition on July 6.

In fact, all ocean lifeguards spent several Wednesdays in June competing and training for the larger competitions like Virginia Beach. Corolla Beach Rescue hosted the first one of summer followed by two hosted by Kill Devil Hills Ocean Rescue.

Another industry leader, Dave Elder, who runs Kill Devil Hills Ocean Rescue that employs around 50 guards, conducted the June 29 races Ocean Bay Lifesaving Station with the help of a loud voice and a handheld bell.

At least 100 spectators came out to see the events and the lifeguards were pumped up and ready for action. It was a beautiful night and seas were calm.

There were plenty of positive things happening and everyone was giving their best. A handful of college swimmers wore their teams’ swim caps: Virginia Cavaliers, Boston College and Providence Friars.

Teams from the different agencies excelled. If they were keeping score, it wasn’t announced at the conclusion. Instead, all the guards gathered at a stand for a group photo before exiting the beach on the dune walkover.

On the way out, an oceanfront rental house customer asked Elizabeth “Ellie” Wagner of Corolla Beach Rescue: “who won?”

Wagner’s answer was quick and to the point.

“We all save lives, so we’re all winners!”