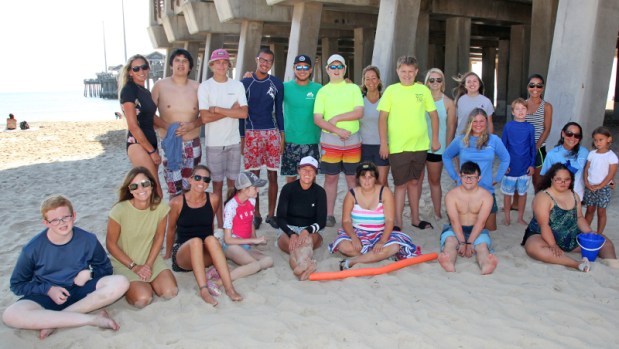 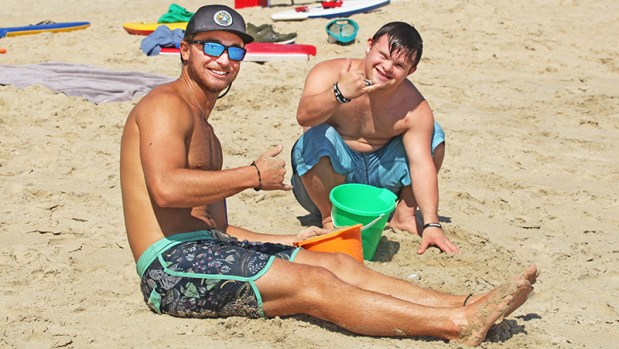 Educator Peyton Madonia and David Vincent both give the shaka sign while “hanging loose” on the beach. Courtesy Jennette’s Pier 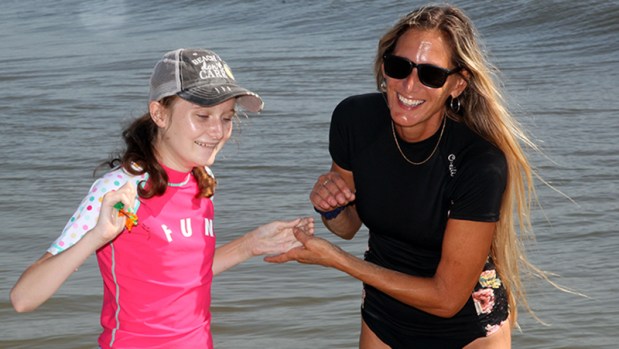 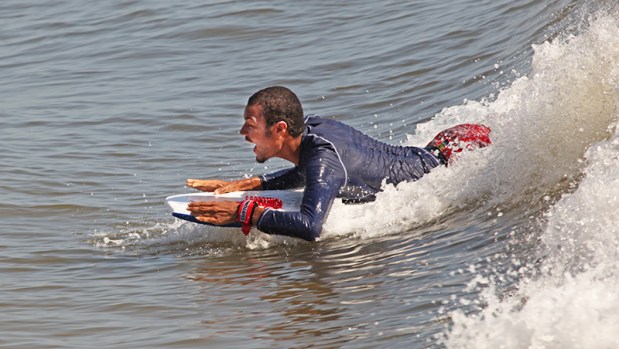 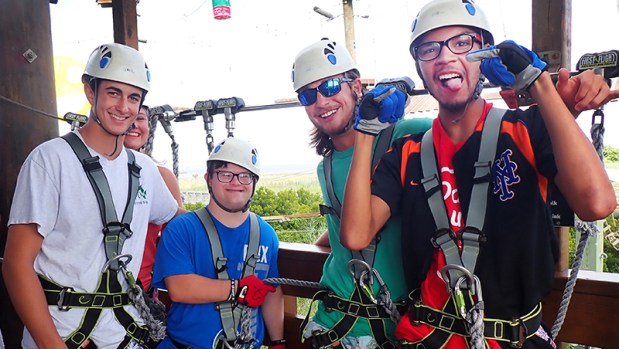 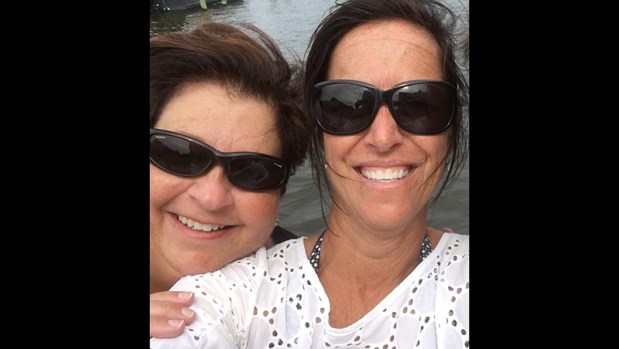 Tamara Hughes and Tris Roderick collaborated again this year to continue the Get Silly for Lilly Outer Banks Taco Cook-off to honor Lilly Roderick. Proceeds from the May event sponsored the Silly for Lilly camps. Courtesy Jennette’s Pier 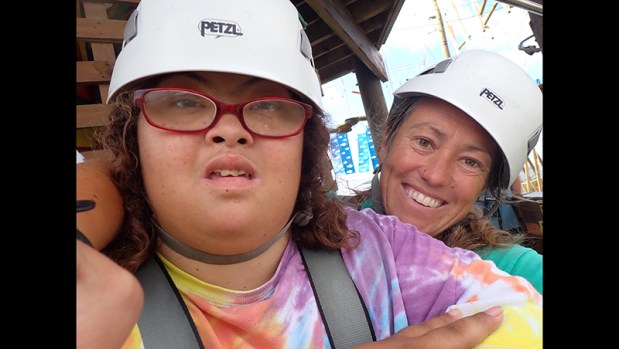 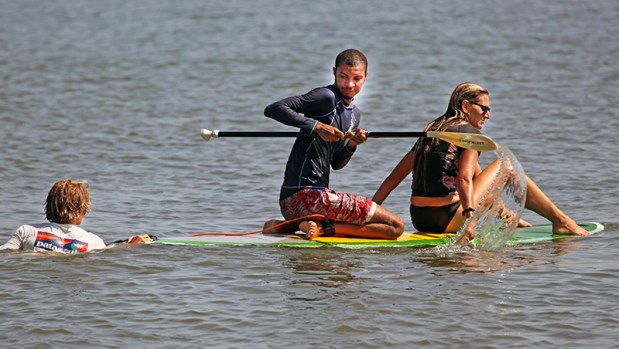 Brayden Adams, center, swings his paddle out of the water while cruising around the surf with educator Kim McGee while volunteer Eli Hannon assists. Courtesy Jennette’s Pier 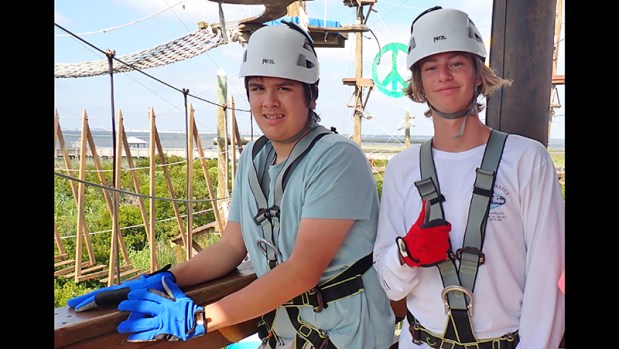 Pure joy, that’s what these campers sense while crashing down wave faces and feeling a fish tugging on their line. They eat hot pepperoni slices and dance in Oceanview Hall at Jennette’s Pier in Nags Head.

The Silly for Lilly Exceptional Day Camp was a rocking two days of unbridled excitement for the 20-some campers on July 20-21.

“It’s like a freedom they get to experience,” counselor Kim McGee said. “You can be a surfer for the day, or a fisherman … ‘just give me a chance.’”

McGee came up with the Exceptional Day Camp idea several years back. The first one was held in 2019.

“They surf, body board, fish, go to the Adventure Park, make crafts and have a pizza, dance party!” she said. “We had ’em doing line dancing – it was a blast.”

The campers’ scholarships were all paid with funds raised during the Get Silly for Lilly OBX Taco Cook-off last spring, which was founded by the pier’s education curator Christin Brown and pier shop manager Tamara Hughes, who was Lilly’s godmother. Lilly’s mom Tris Roderick, her family and friends, are also instrumental in ensuring this memorial event is successful each year.

McGee said Brown and the education department decided to re-dedicate their commitment to offer a summer camp to the exceptional community once the pandemic finally quieted down. So, the Silly for Lilly two-day event was on again.

“They had a lot of fun!” McGee said. “For some, there were new experiences, for others it was just another chance to be out on surf boards.”

Later, on the pier fishing deck, the fun continued, she noted.

“They were catching their first fish while having the time and opportunity to be with people to have fun, learning while they’re doing it,” McGee said.

“They’re not rushing it – it’s so cool,” she said. “The pier is so awesome, supportive!”

Just like the other week-long camps, it took a team of educators and junior counselors to keep everything moving for the Silly for Lilly camp.

McGee was thrilled to be involved. She’s made a career out of helping others.

McGee currently works as the in school suspension coordinator, which has given her the opportunity to start an equine assisted learning program to help students learn social, emotional and behavioral skills, she reports.

One thing is for sure, McGee knows how to get things done and that talent earned her the classified employee of the year designation in 2019 at First Flight. She’s modest about her successes, but she deserves praise.

“I am so thankful for the positivity and support of so many amazing friends, families and organizations in the community,” McGee said. “I would not be able to do any of this without them!

“You all help to bring joy and opportunities to so many, including me!” she said.