The babies are back: Virginia Dare Night set for The Lost Colony 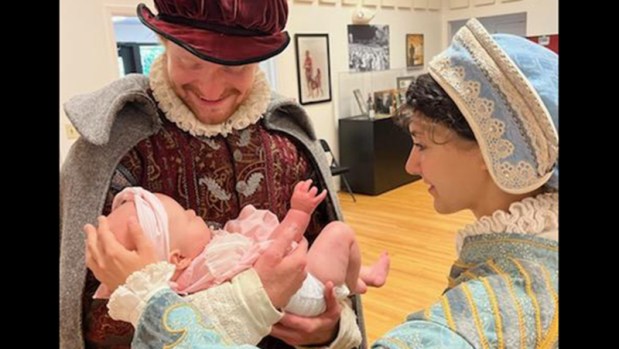 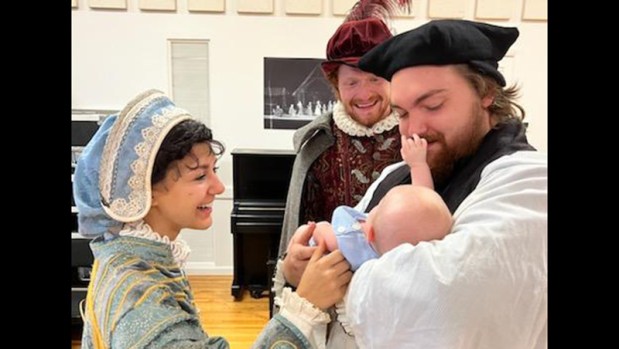 Virginia Dare Night commemorates the  435th anniversary of the birth of Virginia Dare, the first English child born in the New World to colonist Eleanor Dare. The Lost Colony continues its long-celebrated tradition of using real babies during the August 18 performance. Being a “Virginia Dare Baby” is a coveted role in the community and many local citizens are proud to say that they once played the part.

For Virginia Dare Night only, the prop baby swaddled in blankets typically used for performances is replaced with these special guests. The 2022 Virginia Dare babies that will make their debut on Thursday, August 18 are: Colvin Holt Rose, son of Holt and Kelsey Rose, grandson of Connie Rose, RIHA board member; Caroline Hope Powell, daughter of Erin and Will Powell; Nova Gray Etheridge, daughter of Jill and George Etheridge; Johnathan “Nat” Bunn, son of Ashley Ladd and Jonathan Bunn, granddaughter or Myra Ladd Bone, former RIHA board member.

There will be an awards ceremony starting at 8:20 p.m., which will begin with the presentation of the 2022 Virginia Dare babies and their families. The Lost Colony performance will begin shortly after the awards ceremony concludes.

More information is available at thelostcolony.org or by calling The Lost Colony Ticket Office at 252-473-6000. The Lost Colony runs nightly through August 20, Mondays through Saturdays.

The Lost Colony, a recipient of the Tony Honor for Excellence in Theatre, was first staged in 1937 and is the nation’s premier and longest-running outdoor symphonic drama. It is adapted from the original script written by Pulitzer Prize-winning playwright Paul Green and is in its 85th season, which began May 27 and runs through August 20 at Roanoke Island’s Waterside Theatre.