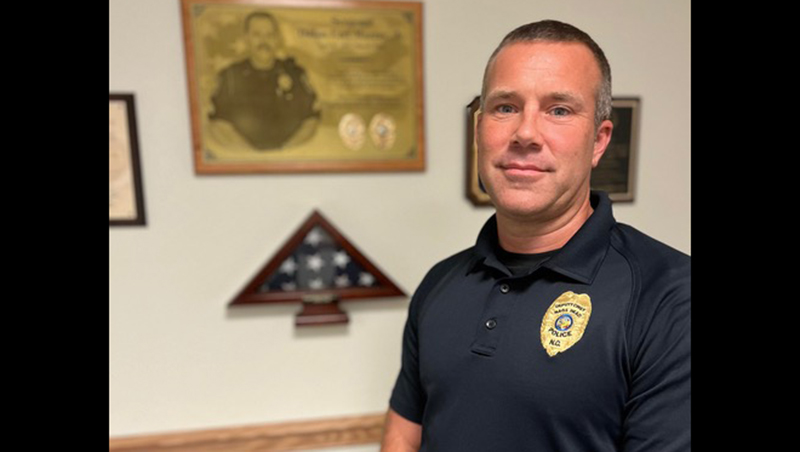 Nags Head Police Chief Phil Webster resigned from his position on August 4. He has served the town for three years.

The brief press release dated August 10 stated: “Town Manager Andy Garman announces the departure of Police Chief Phil Webster from the Town of Nags Head. The town wishes him well in his future endeavors. Long-time employee and Deputy Police Chief Perry Hale has been appointed as the Interim Chief until a permanent replacement can be found.”

The Town of Nags Head declined to comment about why Webster left.

Regarding his new position, Hale told The Coastland Times, “As Interim Chief I look forward to carrying the long history of exceptional policing forward. Nags Head is a unique community and having served the citizens, businesses, and visitors for the last 12 years I will work hard to continue this tradition by ensuring our officers are professional, accountable, transparent, and self-monitoring. We have a highly trained department, and our officers are motivated in keeping Nags Head a great place to live, work, and play.”

Elizabeth City released a press release from the Office of the Chief of Police, which said in part, “Interim Police Chief Webster is very appreciative to be given this opportunity to serve the City of Elizabeth City and all of the citizens who live, work, and relax in this great city. It is of the utmost importance to him to get to know the members of the Elizabeth City Police Department in the following weeks and to listen to them – because what is important to them is important to him. He wholeheartedly believes that communication cannot be underestimated as the department moves forward in their next chapter.”