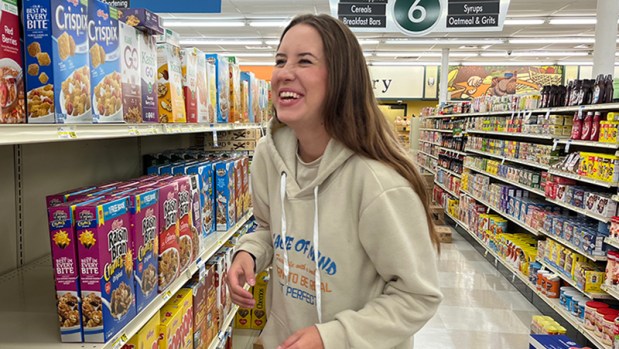 Mariia Chernyshova at Food-A-Rama in Manteo, where she works. Danielle Puleo photo 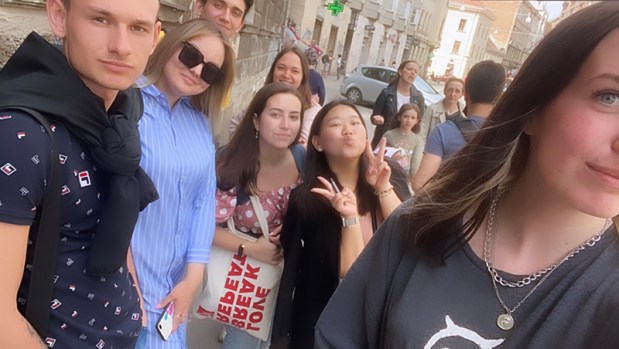 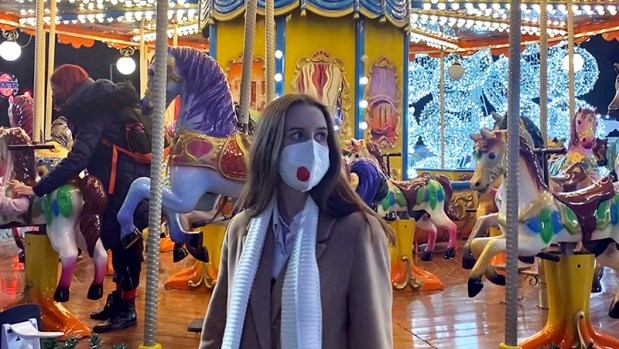 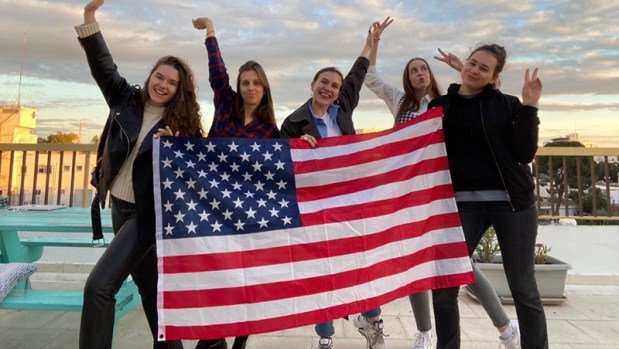 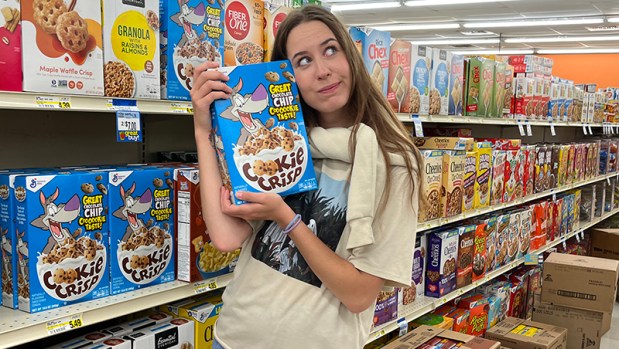 Mariia Chernyshova poses with a box of Cookie Crisp cereal while stocking shelves at Food-A-Rama in Manteo. Danielle Puleo photo 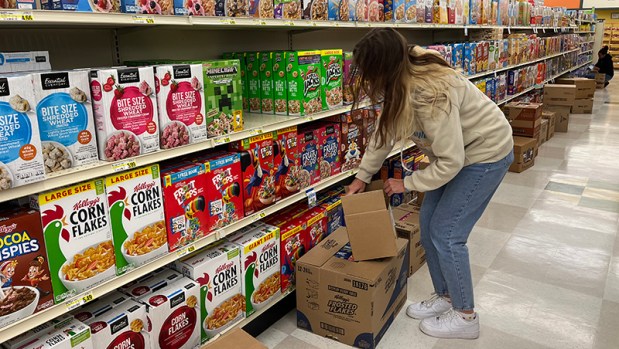 Twenty-two-year-old Mariia Olegouna Chernyshova is grateful to have the opportunity to work in Manteo, North Carolina. After two years of fighting for a chance to travel and work overseas, she finally landed on Roanoke Island this summer. The challenges she faced to get to this point are immeasurable. She sat down with The Coastland Times to share her story.

Originally from Kirov, Russia, the university student spent her life dreaming of what it would be like to live and work in the United States. “I had been wanting to go there from my early childhood; everyone was watching Disney Channel and I was like obsessed with it,” she shared.

Her journey to traveling to the United States began back in September of 2020, when Chernyshova started her international work/travel program through the university she was attending in Nizhny Novgorod, Russia. After completing all the preliminary requirements for the program, she scheduled an interview in Moscow to receive her U.S. visa. She arrived in her hometown on April 25, 2021 to pick up all the necessary documentation prior to the interview. On April 30, 2021, the Unites States embassy in Moscow closed.

“My plans were ruined last year completely,” she said, “I was so depressed and heartbroken.” Her agency then directed her to Croatia. In early May, she received a visa to travel to Croatia and was ready to go through the United States visa interview once again. Prior to arrival in Croatia, the young traveler received an email stating that her interview had been canceled. The reasoning was stated to be the COVID-19 pandemic, but Chernyshova was aware of other foreign students who were able to receive their visas, none of which were from Russia.

Setting her fears aside, she hopped on the plane and landed in Croatia in mid-May of 2021 hoping for the best. She enjoyed a summer in Croatia and even began working for her agency translating documents for other students as part of her sponsorship. “Because I was working for agency they gave me a chance to choose a country to travel to and I chose Cyprus,” Chernyshova explained.

Fast forward to January of 2022, the young explorer had another visa interview, this time in the country of Cyprus. She had a job lined up in the United States and was ready to finally reach the destination she had dreamed about.

Chernyshova arrived to her interview in Cyprus nervous and stressed. She could see the big screen where the information provided was to be translated. But her head went blank. “I forgot everything,” she said, “but the counsel was very sweet.” Her visa to the United States was approved and she could, for the first time in a long time, breathe.

The journey was still far from over. Chernyshova spent two weeks in Cyprus waiting for her lost passport and enduring one of the largest earthquakes to hit Cyprus in a century. The airlines shut down. She and her friends were out of money, food and a place to stay. She explained how nice the people of Cyrpus were during that time, offering to provide meals for the travelers and places to stay while they waited for the airlines to begin running again. “They gave us a lot of things for free because they understood … and we were so thankful, it was amazing.”

Chernyshova arrived in back in Russia towards the end of January to continue her studies before leaving for America. The Russian invasion of Ukraine began on the morning of February 24, when the president of Russia, Vladimir Putin, announced a “special military operation” to “demilitarize and denazify” Ukraine. Minutes later, missiles and airstrikes hit across Ukraine, including the capital Kyiv. A large ground invasion followed from multiple directions.

“It was awful. We were scared because a lot of countries started to close their borders for Russians. A lot of flights were canceled because there were no direct flights out of Russia. The first three days, I was sitting at home not going to university and would just cry. I was afraid for my country, for everyone and everything in the world.” Chernyshova was alone at school, away from her family and friends with no close support system.

Even in the midst of darkness, there is always light. The United States had not closed its borders to Russia, and Chernyshova was able to board her flight to Washington D.C. early this summer, only after being interrogated, having security take her belongings and finding out the airline had lost her baggage, to be returned almost a week after her arrival to North Carolina. “It was the craziest year of my life,” she laughed. Despite it all, you can now find Chernyshova working at both Food-A-Rama and Wabi Sabi in Manteo with a smile on her face.

Chernyshova is pursuing a career in education; her goal is to teach both English and Italian. Her passions lie with the arts. Her hobbies include theatre, drawing, ballroom dancing and studying cinematography. The work of Tim Burton, Lars von Trier and Andy Warhol are some of her favorites.

DJ Payne, owner of Wabi Sabi, said Chernyshova is “amazing” and “smart as a whip.” Jack Neighbors, a Colington Harbor resident, was dining at Wabi Sabi when he met the waitress. “She struck me as a totally real, open person, not looking for anything except a better life, freedom, because her experiences.”