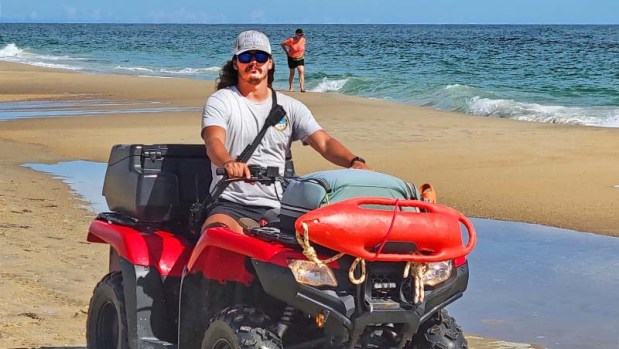 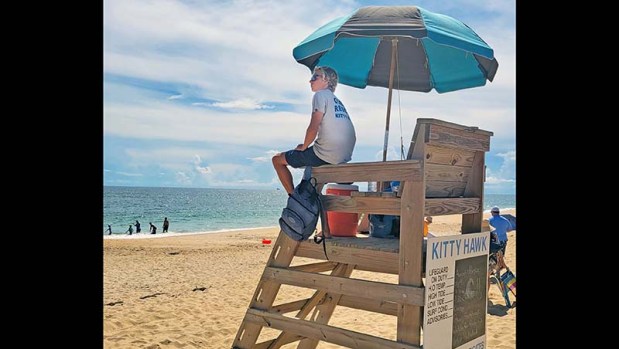 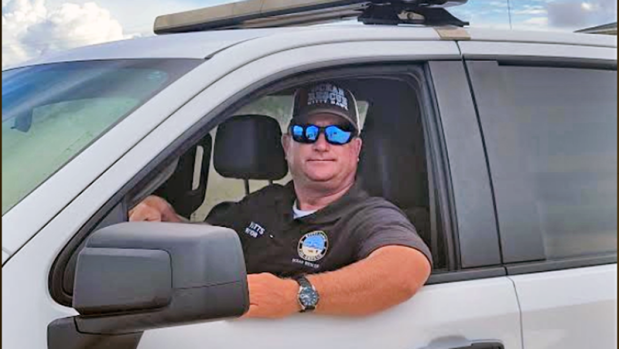 Kitty Hawk Ocean Rescue Director Cole Yeatts has worked for the town for 22 years. He's proud of the proactive approach his team uses to keep the beaches safe. Courtesy Town of Kitty Hawk

With August winding down and the traditional last day of the season upon us Labor Day Monday, ocean rescue professionals remind everyone to stay safe while enjoying summer’s final holiday weekend.

In Kitty Hawk, longtime lifeguard and Ocean Rescue director Cole Yeatts encourages beachgoers to pay attention to ocean conditions such as those red stinging jellyfish that arrived in swarms in recent weeks.

“Be ‘beach smart,’” he said. “There’s always a daily hazard so match your ability to that.”

It’s a catch phrase he teaches all his guards. They’re encouraged to be proactive and on the lookout for ocean hazards such as large swells, rip currents, those stinging jellyfish and more.

Yeatts said that during that long stretch of southwest wind this summer, each day had the “blow out” risk for paddleboarders, kayakers and those on rafts, Yeatts said.

So, in his mind, visitors and residents alike should size up the conditions so they can have great days on the oceanfront. “We want everybody to have a great day,” Yeatts said.

The town features four beaches with stands and manned with guards – Byrd, Eckner, Lillian and the Kitty Hawk Bath House. The other areas are patrolled by roving guards on ATVS until Oct. 15, he noted.

For anyone who needs assistance, just dial 911 and these roving guards will come to you, Yeatts said.

Fortunately, Yeatts said he’s not short staffed and he’s happy to report all stands will be manned through Labor Day.

While his main 13 guards all strive to work five full days a week, Yeatts has learned to call in “others” to fill the gaps. These are former or present employees who don’t guard full time.

“They really help me out,” Yeatts noted.

He’s learned a thing or two about ocean rescue in his 22 years working for the town and he likes to build bonds with the men and women who work for him. There’s a kinship, a brotherhood, a sisterhood. He had nine males and four females this season.

“They are the people that deliver to the people (visitors),” Yeatts said.

He tells a neat story about meeting one of his supervisors, Ryan Davis, when Davis was just a 12-year-old boy and they took a photo together.

Eventually, Davis grew up and he found a mentor in Yeatts. Now, his younger brother Aaron also lifeguards for Yeatts.

“They are outstanding guards and young men,” he said. Ryan Davis and Yeatts also re-enacted the photo, which made both men happy.

The director added that he recruits quite a few younger brothers and sisters of present guards. Word of mouth references help him find the rookies and then he prepares them for life experiences when they come along.