John 19:6, “As soon as the chief priests and their officials saw him, they shouted, ‘Crucify! Crucify!’ But Pilate answered, ‘You take him and crucify him. As for me, I find no basis for a charge against him.’”

We again see that it was the chief priests and their officials who are crying for Jesus to be crucified. Were there common folks in the crowd? Maybe, but again it seems this is a far different crowd than the one who greeted Jesus with praise when he rode into Jerusalem on the donkey earlier. This crowd wants blood! And though it seems Pilate was hoping to placate them by beating Jesus, that seems to simply incite the crowds more. They want more blood, and shout for his death.

Pilate again tries to free Jesus, I find no basis for a charge against him. This man has done nothing wrong. He ought to be set free. But the crowd wants nothing to do with this idea. And they simply shout, “Crucify him!” You know there is no reasoning with a crowd. They are egged on by their buddies, they will do and say things they would never dream of saying or doing if they were alone. Maybe the individuals think they have anonymity in the group, maybe they think they can impress someone and not be really responsible or solely responsible, maybe they don’t know what they are doing, but are just fueled by the emotion of the group. But this crowd has made up their minds: Jesus must die!

The apostle Paul will later write in 1 Corinthians 15:33, Do not be misled: “Bad company corrupts good character.” If we learn nothing else from this verse, it is that we need to be careful with the people we spend time with. Sure, there are people who need our influence, but we need to be sure we are the influencer. It is far too easy today for us to follow the wrong crowd; there are a million excuses. But we must always look to God’s word and let that be our standard. No matter what others say, no matter what others do, no matter how good it looks, we need to stand on God’s word.

Father, help me resist the crowd. In Jesus’ name, amen.

Mike Caton is the preacher at Mount Olive Church of Christ in Belhaven. He volunteers at the Ponzer Fire Department and works full time with Hyde County EMS. If you would like to receive daily devotions in your inbox, email mikecaton@centurylink.net. 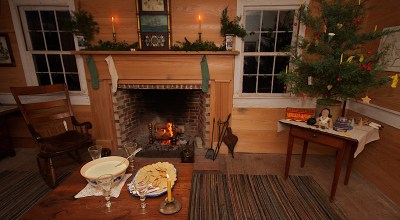