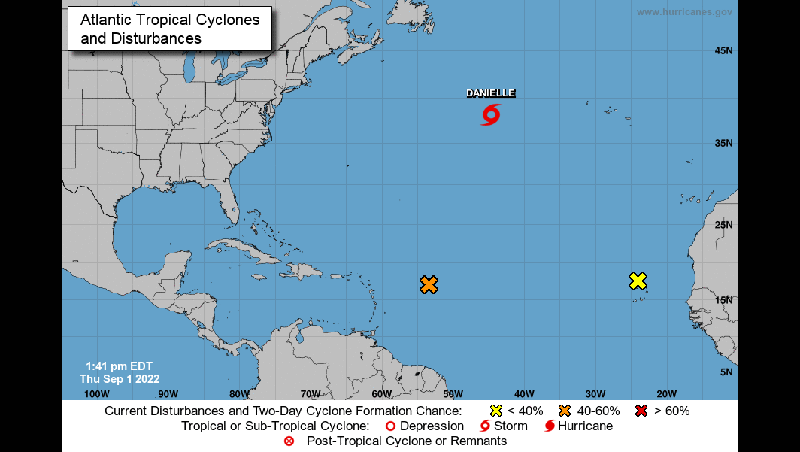 Tropical Storm Danielle formed Thursday in the Atlantic and is expected to become the first hurricane of an unusually quiet storm season.

But the storm is not currently a threat to any land.

The storm’s maximum sustained winds were near 40 mph (65 kph). Additional strengthening is forecast and the storm is expected to become a hurricane in two days or so, the U.S. National Hurricane Center said.

The storm is centered about 960 miles (1,545 kilometers) west of the Azores and is moving east near 2 mph (4 kph). The hurricane center said the storm is expected to meander in the Atlantic over the next few days.

The tropical storm comes amid what had been a calm hurricane season. It is the first time since 1941 that the Atlantic has gone from July 3 to the end of August with no named storm, Colorado State University hurricane researcher Phil Klotzbach had told The Associated Press earlier.