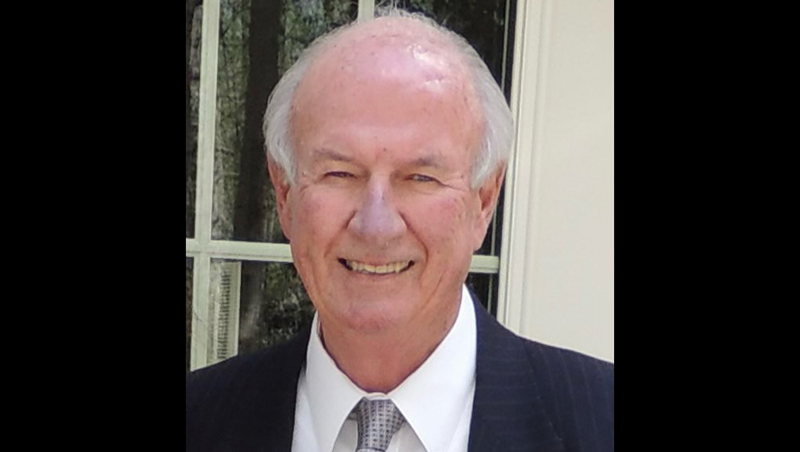 He was predeceased by his brothers: Hubert Aubrey Thompson, Donald Harper Thompson, and Edwin Patterson Thompson.

Buzzy, affectionately nick-named, by his three older brothers, grew up in Deep Run, NC.  He continued the family legacy of graduating from UNC, Chapel Hill with a BS degree in Chemistry. He also graduated from UNC Dental School. After which, he founded Dr. Harvey K. Thompson Family Dentistry in Franklin, VA where he practiced as a solo practitioner for 41 years. His professional career was marked with distinction. Restorative dentistry was his forté. He excelled in his ability to create natural-looking aesthetics, which were admired and recognized by many specialists in the field of dentistry. He was detail oriented and aspired to perfection in all that he did.

Buzzy was instrumental in the formation of The Bank of Southampton, which is now Truist Bank. He served on the Board of Directors at Southampton Academy and Cypress Cove Country Club where he was also chairman of the Men’s Golf Committee.

His courage and fortitude were exhibited during the devastating flood in Franklin, caused by hurricane Floyd, September, 1999. Though his office and equipment were destroyed, he continued to serve the people of Western Tidewater, VA by opening dental offices at Southampton Memorial Hospital in Franklin, VA and the Health Department in Courtland, VA. With the help of family and many friends, he reopened his Franklin office in February, 2000, becoming the first business to reopen in what was then a “ghost town” disaster. When Buzzy retired, he was so proud to turn over his practice to his son, Harper.

Buzzy was an avid golfer, fisherman, and UNC Tarheel sports fan. He loved his home on the Roanoke Sound, Manteo, NC. Though restricted by infirmities in retirement, he still managed to enjoy his boat, golf cart, and word and number puzzles. He loved gathering with family and many friends at Basnight’s Lone Cedar, Nags Head, NC and at Pirates Cove, Manteo, NC.

Buzzy was devoted to his wife, children, and grandchildren. His lifelong trait of striving for perfection will be his legacy for each of his children.

In a final service to mankind, Buzzy’s organs and tissue were donated to the Miracle in Sight non-profit organization in Durham, NC. A private family memorial service will be held at St. Luke’s Episcopal Church in Courtland, VA on September 9, 2022, at 3 pm. The Service of Commitment will follow at Riverside Cemetery, adjacent to the church. In lieu of flowers, memorial donations can be made to St. Luke’s Episcopal Church, P.O. Box 156 Main Street Courtland, VA 23837 or to Southampton Academy, 26495 Old Plank Road, Courtland, VA 23837.