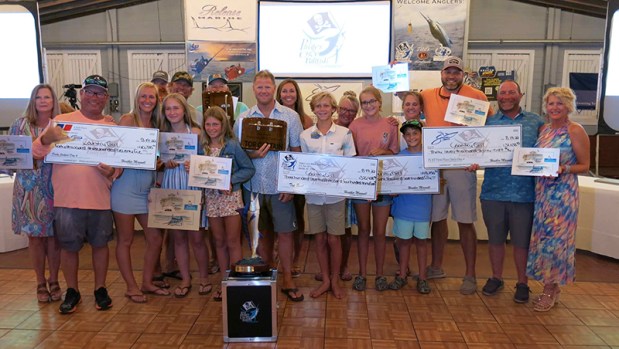 The Country Girl team with at the awards presentation. Courtesy Capt. Dave Lear 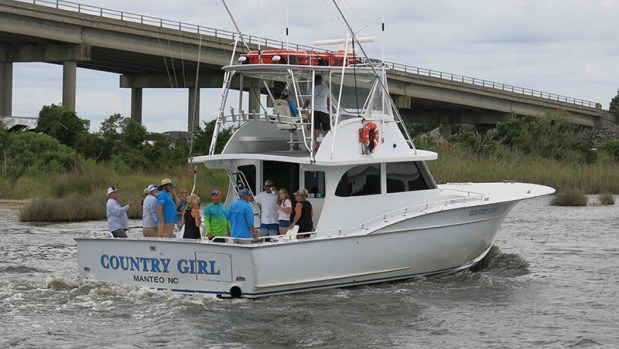 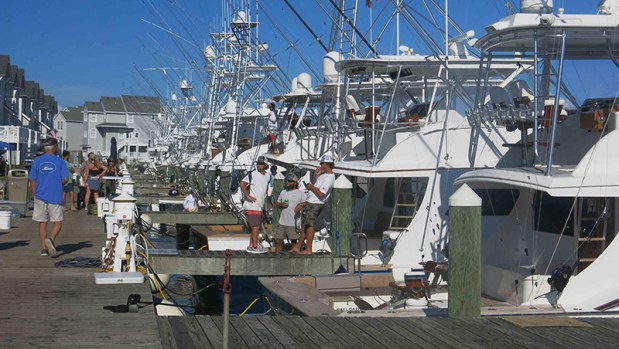 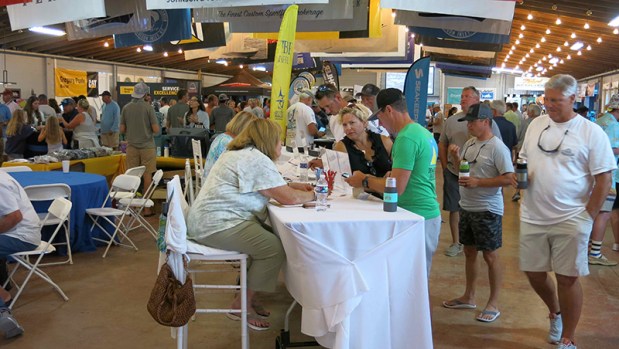 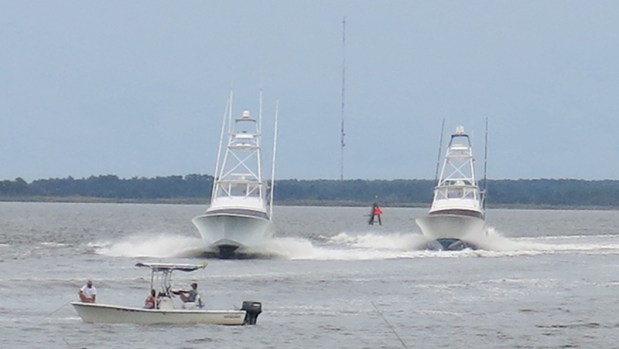 With less than a minute to go in the last hour of the last day, Capt. Charles Foreman relied on his vast local knowledge as a charter skipper to put his team on the winning fish. A sailfish vaulted Country Girl to the top of the leaderboard to claim the biggest payout for the 2022 Pirate’s Cove Billfish Tournament. A total of 274 anglers on 86 boats were competing for more than $1.04 million in prize money this year.

The 57’ Buddy Cannady, based in Manteo, earned $370,438 as the top boat and top daily for Day 4. The boat’s tally was two blue marlin and three sailfish, good for 800 points. Wayne Camden was one of the anglers on the friends team and he received the customary dunking back at the Pirate’s Cove Marina after releasing his first blue marlin.

“It was just an awesome day, a once-in-a-lifetime experience,” he recalled before the awards ceremony last Friday night. “My dad fished with me all my life and he’s not here anymore, so it was a very emotional moment.” Country Girl’s other team members were Lee Collins, Angie Campbell, Amanda and Max Chapman, Larry Holland, Robert M. McGinn Jr (Robby), Jeff Campbell, H. Weyman Chapman Jr., Meredith Foreman, Ronda Ierna and Darrell G. Payne. Lee Collins was the mate.

Bill Collector, a 52’ Jarrett Bay run by Capt. Stephen Draughon, (mate Sam Steinberg) took home $118,312 for its second-place standing and second place daily awards for Days 1 and 4. The boat released one blue and one white marlin and four sailfish for 750 points overall.

Blue Sky earned third-place honors after scoring a blue, three whites and a sailfish. Capt. Jay Weaver led his South Carolina team aboard the 60’ Spencer for overall winnings of $73,583. Matt Murphy and Donnie Todd were working the cockpit.

Trophy Hunter, with Capt. Kenneth Brown, won $177,373 for the most blue marlin release points and jackpots on Day 1. Drew Brown was also named the top junior angler (blue marlin) aboard the 55’ Buddy Cannady. Bi-Op-Sea, a 59’ Spencer with Capt. Jesse Granitzki on the flying bridge, was the second-place blue marlin team with 500 points, worth a check for $42,840. Ebby Hall was also named the top angler of the tournament.

Joe Woodington boated the first-place tuna, a yellowfin tipping the scales at 75.5 pounds, while fishing on his 66’ Viking Desperado (VA). Garth McGillewie whipped the top wahoo at 69.6 pounds while competing aboard Chas’N Tails, a 62’ Viking skippered by Capt. Brandt McGillewie. The final game fish entry was caught by Keelan Jones on Due South, a 58’ Bobby Sullivan with Capt. Microwave Chambers on the throttles. All three game fish prizes were worth $23,800.

For the week, 112 billfish were released by the fleet, including 30 blue marlin, 29 white marlin and 53 sailfish. Seventeen tuna were tallied, along with 15 wahoo and 11 dolphin.