Medicare and other scam phone calls reported along Outer Banks 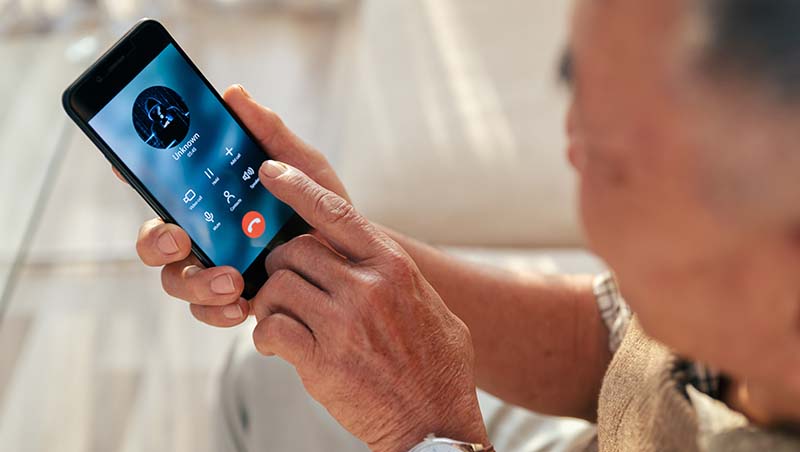 For the last few weeks, Kill Devil Hills resident Ronald Lamothe has been getting between one and four phone calls a day from people claiming to represent Medicare and asking for the name of his doctor, his preferred hospital and his Medicare number.

Sometimes callers say that they need information so they can replace his paper Medicare card with a plastic one; others claim to be calling from the hospital to verify his personal information.

Lamothe is familiar with scams – but what got his attention is that these have been from local phone numbers. He’s noticed calls from 10-15 different numbers, but when he’s tried to call back to verify authenticity, the numbers will not receive incoming calls.

According to KDH Police Captain J.C. Towler Jr., this is one of many scams that the police department is aware of recently. Others include people pretending to be an IRS agent seeking to collect back taxes; an ICE or FBI agent that has intercepted a “suspicious package” containing drugs and requiring the caller to pay a fine; pretending to be a local law enforcement officer (typically with the Sheriff’s Department) collecting a fine for a missed court date or jury duty; the power company threatening to shut off power due to unpaid bills; a lottery representative requesting the victim pay “taxes” ahead of sending the lottery winnings; a relative in some sort of legal trouble requesting bail money be sent; a fundraiser requesting money for a charity; or a fraudulent tech-support website that people contacted while seeking online support.

“Knowledge is the best defense against scams,” Towler said in an e-mail to The Coastland Times on August 30. “No federal, state or local agency is going to ask you to pay a fine over the phone, much less pay one using Green Dot or iTunes prepaid cards. People should be skeptical of any unexpected windfall and if it is legit, then the person you are dealing with should be willing to give you information to verify their bonafides.”

If someone does fall victim to scammers, Towler said it’s difficult to recover stolen money. “The vast majority of these scams originate from outside the United States. Scammers operating in the US typically use throw-away numbers, masked IP addresses and other methods of subterfuge. In either case it is virtually impossible for local PD’s to track down the scammer and seek charges and restitution. It has happened. There are a few success stories. But typically once the victim has sent the money there is no way to recover it,” he said.

If a scam is suspected, residents are encouraged to contact their local police department to determine if it’s a legitimate request.