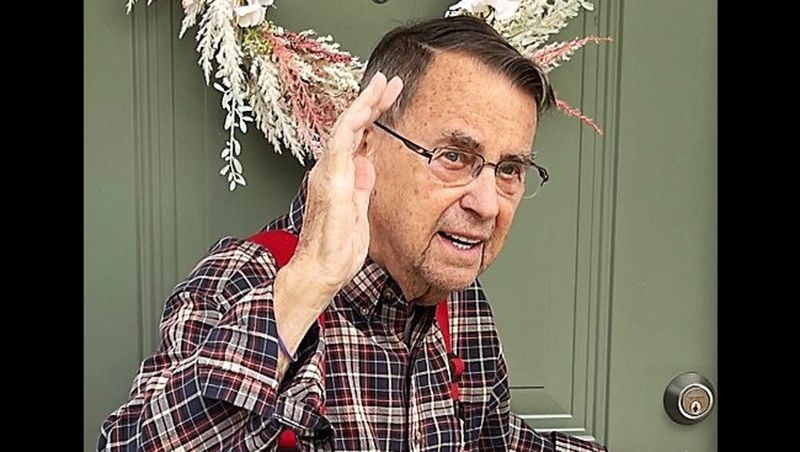 Born in Providence, RI on March 18, 1927, he was the son of the late Ellen Louise Whalin and Edgar A. Steele.

In addition to his parents, he was preceded in death by his wife, Ruth Kibbe Steele; two sons, Robert N. Steele and Randall H. Steele; and one great-granddaughter, Summer Steele.

He served his country honorably in the United States Navy during World War II on board the USS Midway.

He married and began his family in Massachusetts. In 1988, he retired as a service representative for Pitney Bowes Corporation in the Western Massachusetts district. Following his retirement, he and his wife built a home in Vermont. Richard was a member of Presbyterian Church of Barnet and a lifetime member of Elm-Belcher Lodge A.F. & A.M., Agawam, MA.

In 2014, Richard moved to the Outer Banks to be closer to his family but still considered Vermont his home which he referred to as God’s Country. He and his wife were avid outdoors people. They enjoyed canoeing, cross-country skiing, snow shoeing, and gardening. Family meant the world to Richard. Making friends wherever he went, he was known by all as a kind, generous man with a great sense of humor. Richard’s motto for life was to “approach it with optimism!”

A memorial service with military honors will be held at 2 p.m. on Sunday, September 25, 2022 at Twiford Colony Chapel, Manteo, NC with the Rev. Edward Mullins officiating. Inurnment will take place in Dawes Cemetery in Cummington, MA.

To plant a tree in memory of Richard or send flowers to the family, please visit www.TwifordFH.com/send-flowers.