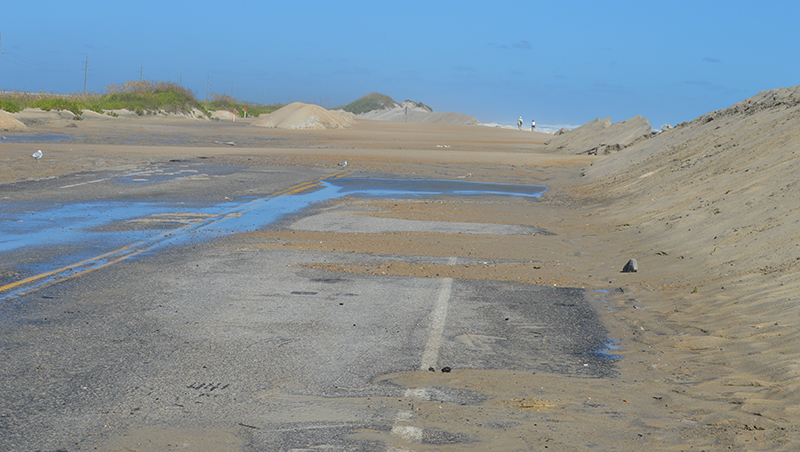 At high tide Thursday evening and Friday morning, Hurricane Earl swells pushed Atlantic Ocean water over the pushed-up dunes at the old S-curves north of Rodanthe. It’s hard to see where the old road is. The new Rodanthe Bridge avoids this area.

Other Rodanthe locations impacted by Hurricane Earl swells are Seagull Street, East Corbina Drive, Ocean Drive and South Shore Drive, where a house was moved back during Thursday night’s high swells and where two more permits have been issued by the National Park Service to move houses back from the ocean.

The National Park Service issued the following advisory just after noon on Sept. 9, 2022:

“Cape Hatteras National Seashore visitors should avoid the beach between the north end of Rodanthe and South Shore Drive until early next week, when ocean conditions are expected to improve.

“Avoiding the approximately two-mile stretch of beach is recommended due to ocean overwash, rough surf and debris from nearby houses, including open and damaged septic tanks on the beach. Additionally, house moving activities are occurring on multiple properties near the beach.

“Distant Hurricane Earl has produced ocean overwash on Seashore beaches since yesterday and is forecast to continue impacting beaches through this weekend.” 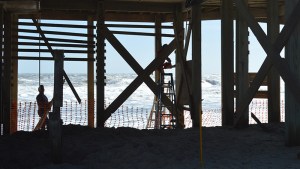