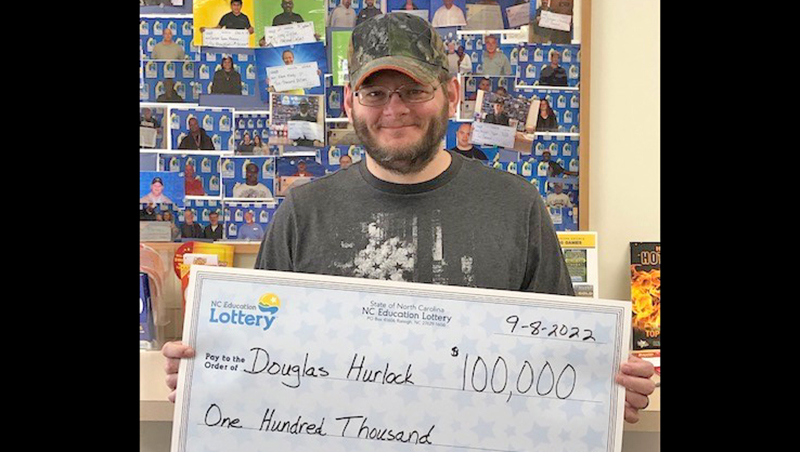 “Now my child’s medical care will be taken care of when he’s born,” Hurlock said.

“I gave it to my wife to look at because I didn’t believe I was seeing what I was seeing,” he said.

Hurlock bought his lucky ticket at the Speedway on East Main Street in Havelock. He said he bought a Spectacular Riches ticket because his first choice was sold out.

Hurlock said the only plan he has right now for the money is taking care of his child. He said the baby is due in late November.