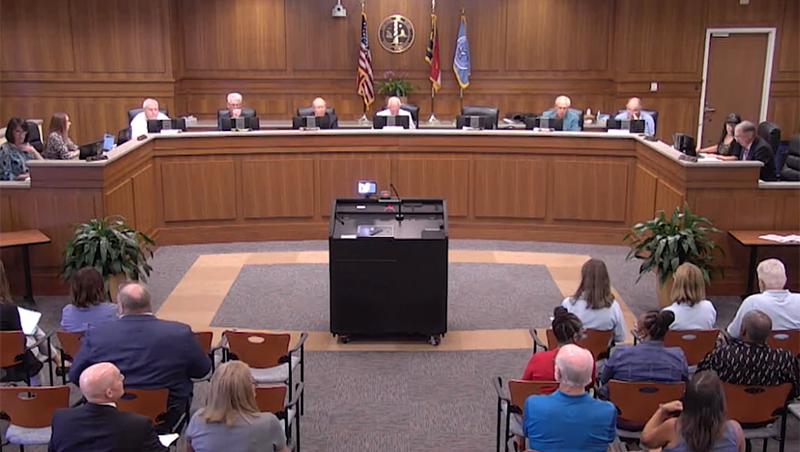 The Dare County Board of Commissioners unanimously approved agreements on Tuesday, September 6 that will move affordable housing projects forward.

The commissioners first approved a memorandum of agreement with Woda Cooper Companies, Inc. That agreement spells out the terms of the project to build 100 housing units split between two parcels. Accompanying the agreement are a conditional commitment letter and a ground lease.

The two projects are very different in financing.

Woda Cooper will use two identified sites: the Bowsertown Road site on Roanoke Island and a 4.7-acre vacant parcel known as the Nags Head site at 100 E. Hollowell Ave. The agreement calls for Woda Cooper to build 100 housing units, which will be split between the two sites.

The units are restricted to two people per bedroom and rent amounts will be determined by AMI, or area median income. In calculating AMI, total household income is used.

Dare County already owns the Bowsertown Road property. The county will also eventually own the Nags Head site, which was acquired for $3.7 million. County ownership of the land guarantees that the housing remains affordable for the life of the 65-year ground lease.

The agreement calls for up to $1 million in pre-development costs.

Woda Cooper will pay the fee of 1% of the total budget for the Bowsertown Road site to the University of North Carolina Chapel Hill School of Government, Development Finance Initiative.

Woda Cooper intends to begin construction mid-2023 and finish the projects in 2024.

Coastal Affordable Housing has an initial project phase of 300 to 400 multifamily housing units at one site or multiple sites to be identified. The final site or sites must have the approval of Dare County.

Coastal Affordable Housing will use the $35 million allocated by the North Carolina General Assembly, called legislative funding in the agreement, to “secure the primary, permanent debt financing necessary to complete the project.”

In this agreement, the pre-development costs are set at $5 million.

The legislative funding comes as a forgivable loan. The developer must provide “affordable housing at a cost-savings between the usual market rate for the housing of the type developed which rate shall be determined jointly by the County and Developer, and a lower rate, which shall be set by the developer …”

The difference between the market rate and the reduced rate is the cost-savings, which are applied to the loan amount annually as loan forgiveness.