Tropical Storm Fiona could be a threat to Virgin Islands, Puerto Rico this weekend 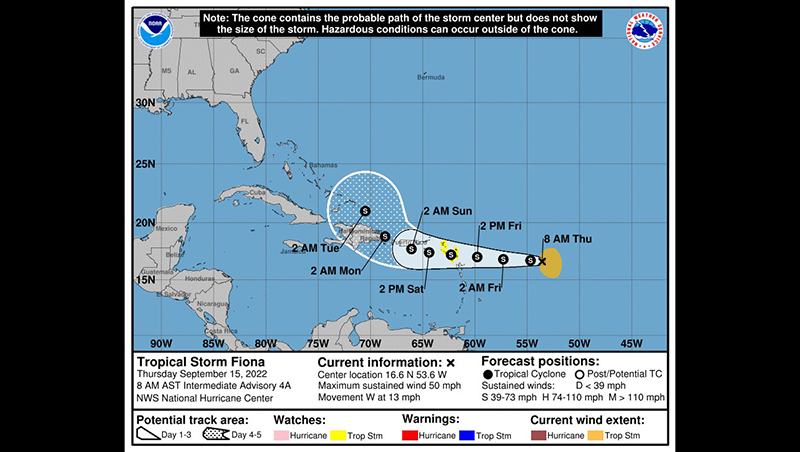 Tropical Storm Fiona is on a path to threaten the Virgin Islands and Puerto Rico this weekend.

“Interests in the Leeward Islands, the Virgin Islands, and Puerto Rico should monitor the progress of this system,” the center said.

At 8 a.m. EDT on Thursday, Fiona was moving at 13 mph (20 kph) with maximum sustained winds of about 50 mph (85 kph), forecasters said. Little change in strength is forecast during the next few days.