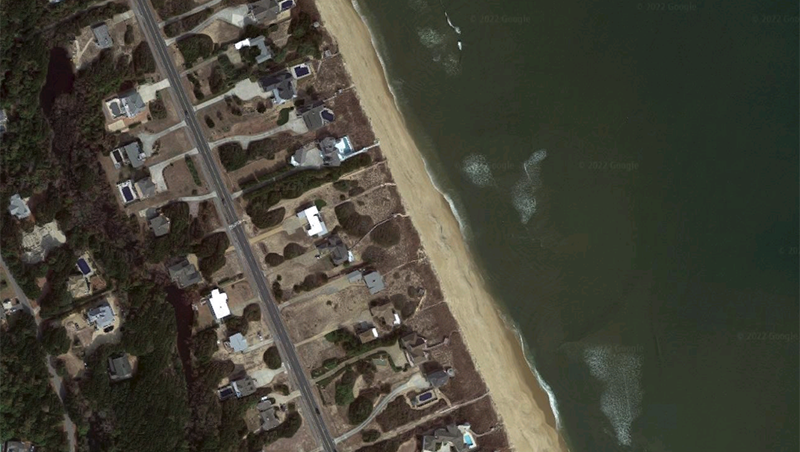 The area of the 100 block of Ocean Blvd. in Southern Shores. Google Maps image

One person was rescued and another has died after an ultra-light glider landed in the ocean off Southern Shores.

According to a press release from the Town of Southern Shores, at 10 a.m. Wednesday morning, September 21, 2022, the glider, which was carrying two passengers, malfunctioned and landedintheoceannear the 100 block ofOceanBlvd.

In an update from the town mid-afternoon Wednesday, it was reported that the body of the second person was recovered.

Names are being released at this time.