Memories and Musings: The mistletoe caper 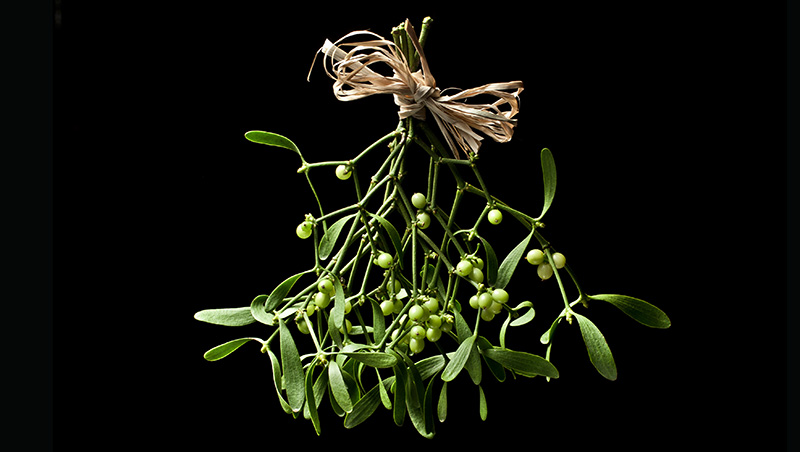 There was a time when mistletoe was a ubiquitous, hanging feature in many houses and establishments during the Christmas season. Sprigs of the poisonous evergreen with small white berries, were often held over the heads of people as a talisman that entitled the holder – without exception – to a kiss.

Back in my hometown of East Rochester, New York, it was actually sold by entrepreneurs who probably obtained the evergreens from the tops of trees using a shotgun.

In our high school the week before Christmas Break – that’s what we called it before Winter Break took its place – students gossiped at drinking fountains before the class bell rang wondering if anyone would try to steal a kiss by flashing a hidden sprig of mistletoe over a classmate’s unsuspecting head.

Friendly bets were made over which shining knight would approach a fair maiden – or vice versa – during which class period and in which subject to attempt the mistletoe feat.

Most of us knew the classrooms that required the teacher to come from another location before class began. (Those were the rooms where the likelihood of getting caught were rare and where and when most mischief occurred.) Miss Wilson’s algebra classroom was one of those delayed, safe havens. It was during sixth period in algebra class – probably the worst possible time for a math class – that the mystery unfolded.

As an aside: Most of us knew that, depending on the teacher, getting caught with mistletoe was an automatic one-way ticket to the office, and a possible phone call to a parent to report the incident. (Years later, after so many of us became teachers and principals, we were certain there had been plenty of laughter in the smoke-filled faculty room over such infractions.)

Back at Miss Wilson’s algebra class, a pretty drum majorette – that’s what we called them back then – was innocently gazing out the window and was being approached by a fellow classmate holding a sprig of mistletoe behind his back. He noticed his target was unsuspecting, he noticed we were all watching, but what he didn’t notice was Miss Wilson entering the room.
Before he could get the mistletoe over the drum majorette’s head, we all heard Miss Wilson shout, “YOUNG MAN! Pack your bag and baggage, and THERE’s the door!”

Every year in high school, the freshmen, sophomores, juniors and seniors had a class song contest during the Moving Up Day assembly – our class was fortunate to have won all four years. In our senior song during that assembly we included the lyric, “As Miss Wilson would implore, ‘Pack your bags, and there’s the door!’” Everyone laughed at the line, especially Miss Wilson, who we all loved.

The “Mistletoe Incident” will always be a cherished memory for me, and I will never reveal the name of the culprit who brandished the sprig of mistletoe. I do know he grew up and had a wonderful, prosperous life, as did the “fair maiden in distress” who had gazed innocently and unknowingly out of the frosted classroom window.