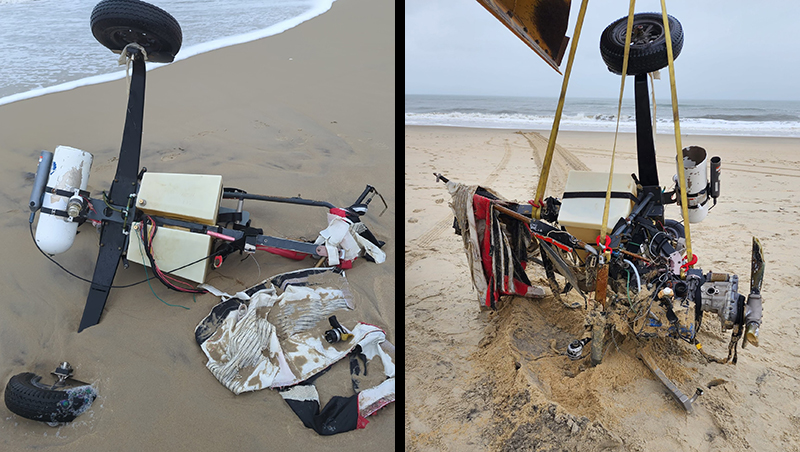 The Town of Kitty Hawk reported the morning of Wednesday, October 5, 2022 that the glider that crashed into the ocean off of Southern Shores on September 21 has washed ashore in area the 3600 block of N. Virginia Dare Trail in Kitty Hawk.

One person was rescued and another died after the ultra-light glider landed in the ocean off Southern Shores at 10 a.m. on Wednesday, September 21, 2022.

According to a press release from the Town of Southern Shores, the glider, which was carrying two passengers, malfunctioned and landedintheoceannear the 100 block ofOceanBlvd.

In an update from the town mid-afternoon on September 21, it was reported that the body of the second person was recovered.

“We ask that you keep these people and their families in your prayers,” stated SSPD. “The incident has been turned over to the NTSB for further investigation.”

The October 5 press release from the Town of Kitty Hawk noted that the glider “has been removed from the beach and the National Transportation Safety Board will be responding within the next several days.”