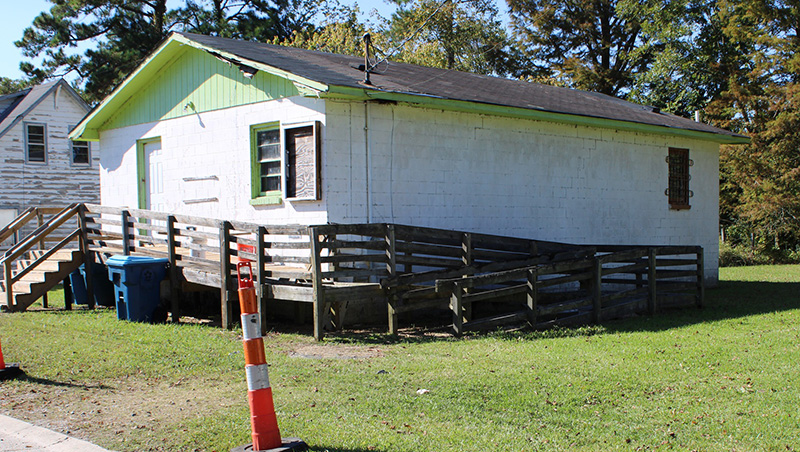 In the early morning hours of Sunday, Oct. 9, 2022, a planned party at 302 Scotsville Street in Columbia spawned a fight that sent five people to hospitals.

At 1:50 a.m., Tyrrell County sheriff’s deputies were dispatched to the scene with multiple reports of a man down.

When deputies arrived, an adult male was found on the ground unconscious from an assault. Deputies were alerted to four stabbing victims. Four of five victims, as of Oct. 11, have been released from the hospital. A fifth victim was scheduled for surgery Tuesday.

The investigation is ongoing. At 302 Scotsville is a small building, reportedly rented out for parties.

As pieced together by Tyrrell County Sheriff’s Office Detective Melissa Spence, a fight broke out between two females inside that building. That fight spilled outside and escalated. Four men or maybe more assaulted one man. The stabbings occurred outside.

Alcohol was found at the scene.

Some that left that scene gathered at Railroad and S. Fonsoe St. A shot was fired. That fight broke up and the crowd scattered. Another fight broke out and participants scattered. Tyrrell County sheriff’s deputies requested mutual aid from Washington and Hyde counties and deputies responded.

“We have a person of interest,” said Spence. As of press time, no arrests have been made and anyone with information about the incident is asked to contact the Tyrrell County Sheriff’s Office at 252-796-2251 and leave a message or send a text to 252-220-9212. Callers may remain anonymous.