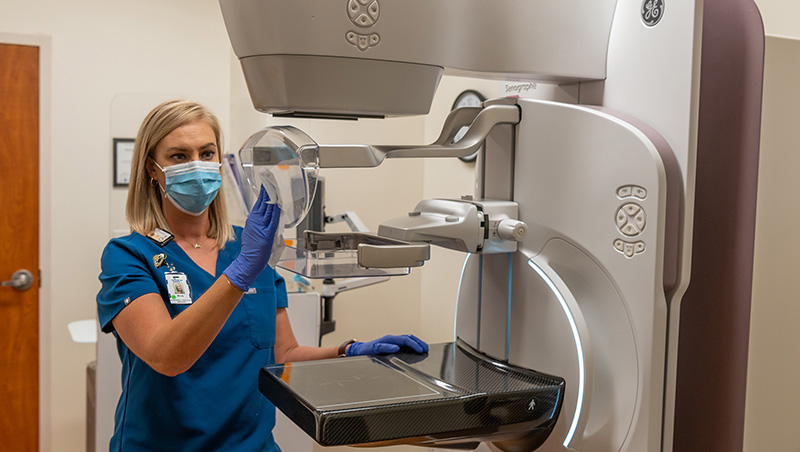 It is October – Breast Cancer Awareness Month – and a time when pink ribbons seem to show up everywhere. While the pink ribbon may be pretty, nothing is pretty about breast cancer; any kind of cancer is cruel and ugly. But the pink ribbon is a worldwide symbol used to honor the millions of people who are in treatment or have suffered because of breast cancer, help increase education and awareness about breast cancer, bring attention to preventative steps for possible early detection and raise funds for cancer research.

Breast cancer is the most common cancer among women in the U.S., after skin cancer. It is the second deadliest cancer after lung cancer. The American Cancer Society reports that North Carolina will see an estimated 10,220 new cases of breast cancer and 1,450 deaths from breast cancer in 2022.

Female death rates from breast cancer peaked in 1989 and have declined by 42 percent as of 2019 in the U.S. Early detection, medical advances and increased awareness have played a significant role in the decrease of deaths. Unfortunately, the death rate for black women remains 41 percent higher than in white women despite lower incidence, likely due to lack of health care access.

Mammograms – x-rays of the breast – are often the first screening a doctor will recommend. A mammogram can often detect cancer before symptoms show up, which gives more choices for treatment options.

The risk for breast cancer increases with age and most breast cancers occur in women 50 years or older. Women should consult with their physician on when is the best time to begin mammograms and how frequently they should take place.

The Centers for Disease Control and Prevention (CDC) outlines the most common warning signs of breast cancer as:

The North Carolina Department of Health advises that regular exercise, avoiding alcohol, maintaining a healthy body weight and getting regular screenings are lifestyle changes that may decrease chances of getting breast cancer.

Some risk factors that cannot be changed include:

Breast cancer most often strikes women; however, men may also be diagnosed with breast cancer. The CDC reports that about one of every 100 breast cancer cases diagnosed in the U.S. are discovered in a man.