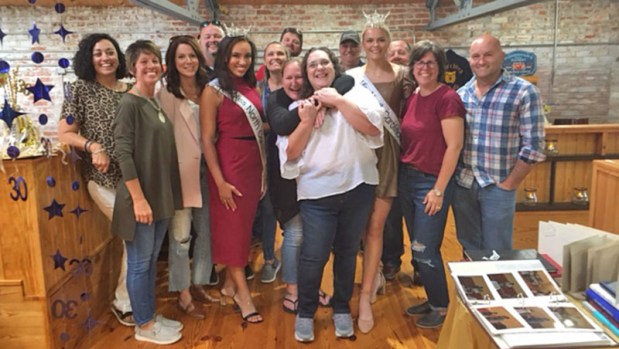 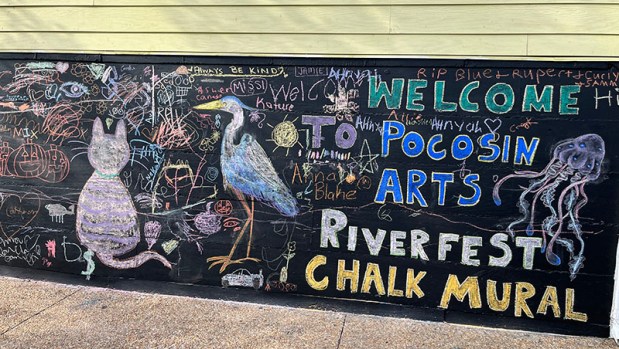 At the 2022 Scuppernong River Festival, Pocosin Arts set up a chalk board for messages and provided craft demonstrations. Courtesy Sara Phelps 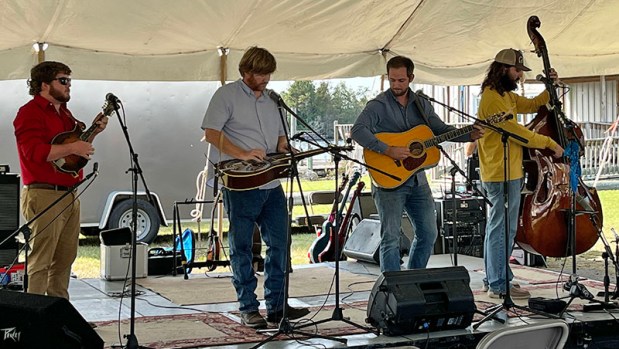 Music groups like the Screaming Bridge Bluegrass Bank from Martin County performed at the waterfront tent for the 2022 Scuppernong River Festival. Carolina Moon Dogs finished the day-long event with a concert on the courthouse steps. Courtesy Sara Phelps 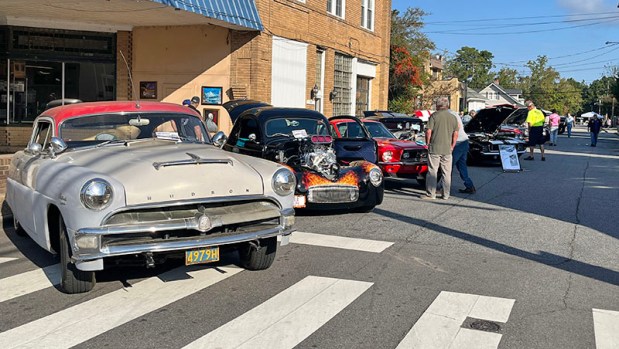 At the 2022 Scuppernong River Festival, a car show filled two blocks of N. Broad Street in Columbia. Antique and muscle cars and a couple of rare vehicles filled the space. Courtesy Sara Phelps

An estimated 8,000 people attended the all-day event running from an opening parade to the closing concert.

The festival, sponsored by Tyrrell County and the Town of Columbia, drew 60 vendors to Main Street places. A car show took up two blocks of N. Broad Street to show off antique and muscle cars and two very rare vehicles.

Music happened on the waterfront and in front of the courthouse. The Bear Grass Charter School Band gave a concert on the courthouse steps at 11 a.m. The Carolina Moon Dogs wrapped up the courthouse venue with an evening concert with oldies, beach, country, R&B and soul music.

In the waterfront tent, the Screaming Bridge Bluegrass Band from Martin County played in the early afternoon. Another music act at this venue was Clint Freeman and Unity.

Epic fireworks were displayed from the waterfront. The display was sponsored by Tyrrell County Tourism Development Authority.

Festival goers could take a helicopter ride over the festival.

From noon to 4 p.m., Down to Earth Aerials performed across from the courthouse. When the aerial performance was happening, it was time for Miss North Carolina to sing. Karolyn Martin took the stage and the aerial performers timed their act to Martin’s music.

And it’s a homecoming time. Columbia High School classes of 1953 and 1992 had reunions, as did families and churches.

The festival takes place the second Saturday in October each year.

On Friday, Ken Cherry with Cherry Farms was tapped as Outstanding Citizen for Tyrrell County.