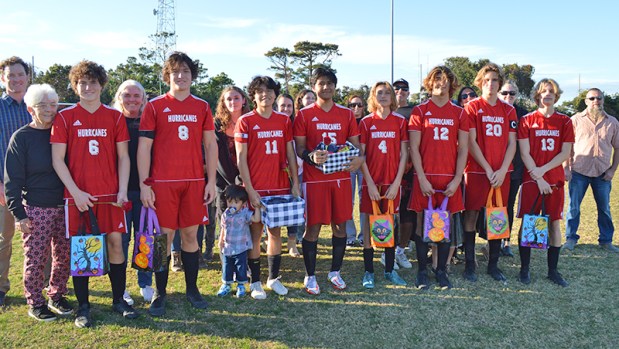 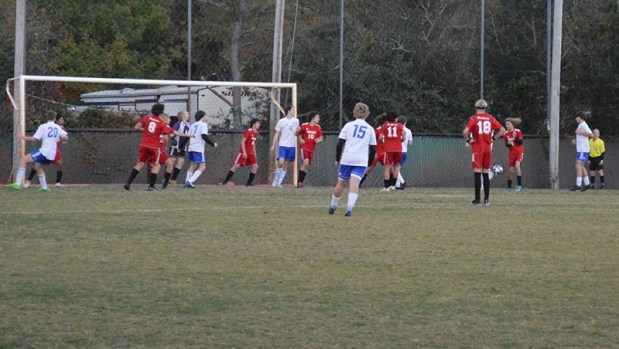 The Hurricanes repeatedly stopped Bear attacks to win the match 4-0.

Scoring the first Cape Hatteras goal with seven-and-a-half minutes left in the first half was senior Alexis Zavala-Rolden.

Some 30 seconds later, senior Dylan Watters put a rebound in the net for the Hurricanes second score.

A full minute passed before Derrick Allen, a junior, raced down field and popped the ball into the net for the final score of the first half.

The two teams battled in the second half, with Cape Hatteras still attacking. Cape Hatteras made at least 13 shots on goal while Bear Grass was limited to two.

Cape Hatteras was scheduled to play soccer at Bear Grass on Tuesday, Oct. 25 in the last match of the season. If Cape Hatteras wins, the first state playoff game will be played in Buxton on Halloween, Monday, Oct. 31, 2022.