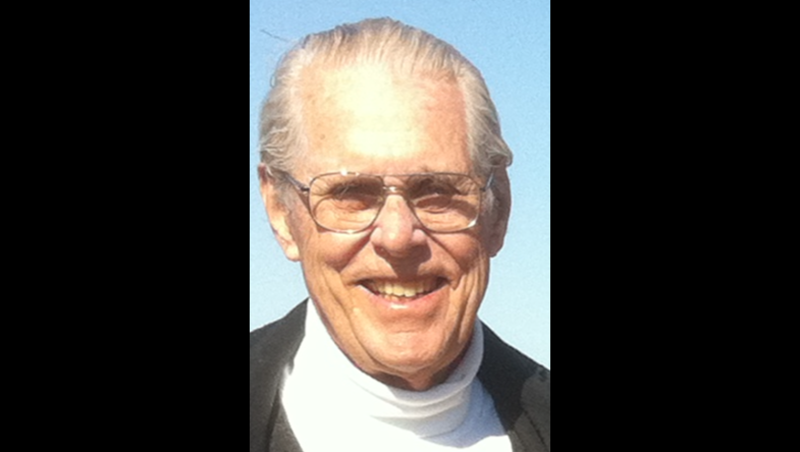 Burnham Sylvester Gould Jr., 90, passed away peacefully in his sleep on October 21st at his son’s house on Lake Gaston, NC.

Burnham (Burnie) was born in Hartford, Connecticut in 1932 to Burnham and Edith Gould. After graduating from Kingswood, Oxford School in West Hartford, Burnie went on to study mathematics at Princeton University and obtained his Master’s degree from the Sloan School of Business at MIT.

After graduation Burnie worked in Operations Research for several large companies including General Mills and CPC International. He later became a civil servant at several agencies within the Department of Defense.

While at Princeton, Burnie met Vivian Ann Woods, Rhode Island native and Mt Holyoke Graduate, and they married in 1955.

In 1994, Burnie and Vivian retired to Southern Shores on the Outer Banks of North Carolina. Their love for Cape Hatteras and the Outer Banks began in 1970 when they would camp there with their three sons.

Burnie had a love for travel, and he and Vivian traveled extensively around the globe including Europe, China, India, Antarctica, and Africa to name a few. Besides extensive traveling, Burnie loved animals, bird watching, square dancing, and even had a run in the local Dare County politics.

Burnie was also an avid cyclist, spent many days in the saddle with the Silver Riders, and also won several Gold Medals in the Senior Olympics.

Services will be held at All Saints Episcopal Church, in Southern Shores, NC on Wednesday, November 2nd at 5 p.m.