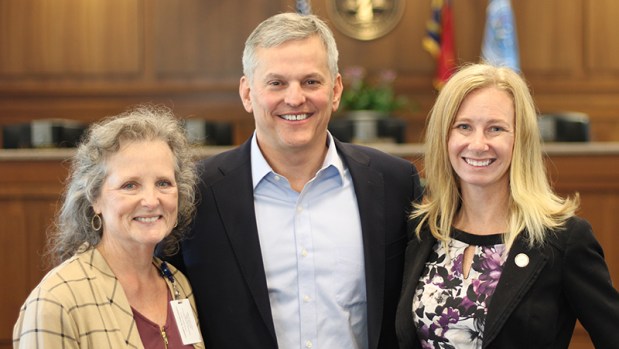 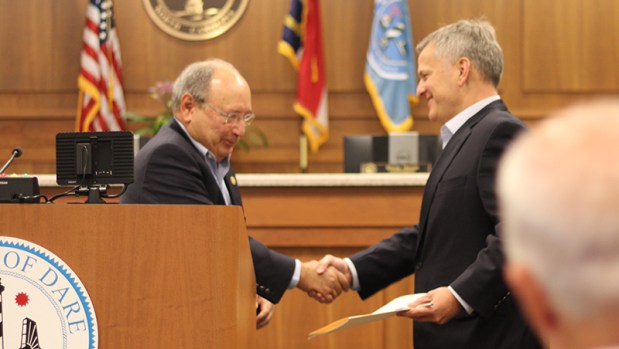 Dare County Board of Commissioners Vice-Chairman Wally Overman welcomes Attorney General Josh Stein to the Outer Banks for a meeting to discuss the opioid crisis and the county’s plans to address the problems through settlement funds. Summer Stevens photo 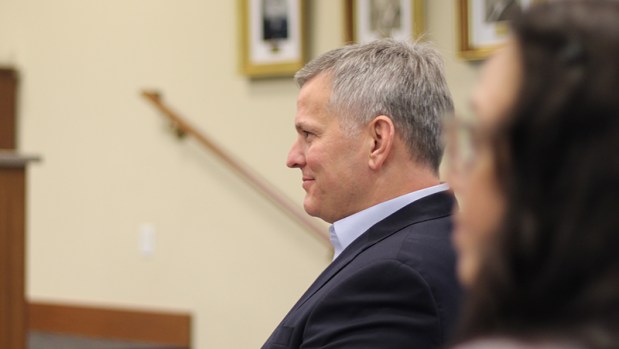 North Carolina Attorney General Josh Stein visited the Outer Banks on Thursday, October 20 to discuss the opioid crisis and hear how Dare County officials and staff are planning on using their share of funds received from the $26 billion opioid settlement.

The settlement was finalized in February 2022 between manufacturer Johnson & Johnson, the “big three” distributors McKesson, AmerisourceBergen and Cardinal Health and over 3,000 lawsuits throughout the United States.

North Carolina will receive $750 million spread out over 18 years. North Carolina is unique in that the state opted to divert the majority of the funds directly to counties and municipalities (85%) rather than the state (15%). Dare County’s share is $3.4 million. The year one payment is $420,000, with two-thirds paid already. The estimated 2023 payment is $230,000.

“Local entities are intimately closer to the problems created by substance use disorder and the resultant mental health issues – suicides; ACEs (adverse childhood experiences); increased pressures on the judicial system, law enforcement and school systems; increased stigmas and a loss of resiliency,” said Dare County Board of Commissioners Vice-Chairman Wally Overman, who opened the meeting and introduced Stein at the Dare County Administration Building in Manteo.

Funds must be used for drug prevention, treatment, recovery or harm-reduction strategies. Stein said Dare County is “ahead of the curve” in its plan to utilize funds. “You’ve been doing this work for so long, you already had a strong strategic plan,” he said.

Dare County created the Saving Lives Task Force in 2014 with an emphasis on education and prevention for youth. It quickly became clear that the task force was needed for all age groups, so it expanded – offering treatment, harm reduction and recovery for youth and adults.

“We are at this terrible moment but how did we get here?” he asked. “Tragically, this crisis was born by greed. Greed of these pharmaceutical companies that spent great effort to convince medical professionals that opioids were the best way to treat pain and that they weren’t addictive. And we now know that neither of those things are true. They are not the best way to treat pain and they are highly addictive, as millions of Americans can now attest.”

In Dare County, there were 15 drug overdose deaths in 2020 and 61 drug-related emergency visits; and Stein said the numbers were worse for 2021.

These community initiatives grants were awarded to 10 community organizations who are already invested in helping people affected by addictions. Davies believes these “grassroots efforts” will see tangible results.

“Our goal is that anyone who wants help can get it,” said Bateman. Resources for how to find help or support are available at www.savinglivesobx.com.

Additional information on the settlement can be found at www.ncopioidsettlement.org.