Avon-Buxton water line to be replaced 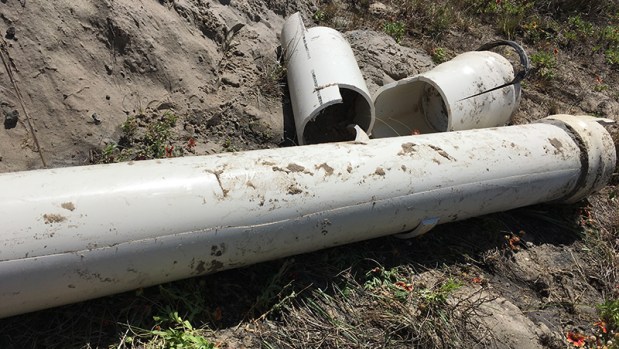 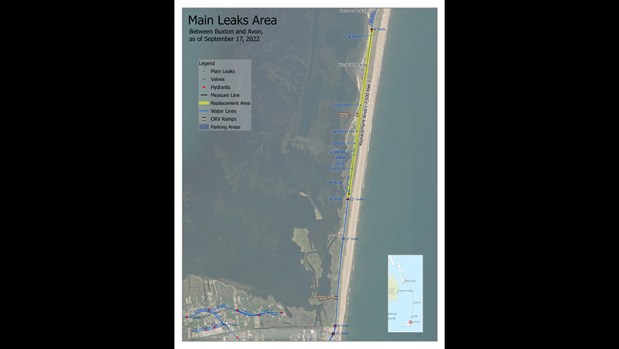 The Dare County Water Department has announced that construction to replace the water line located between the villages of Avon and Buxton on Hatteras Island is currently scheduled to begin on November 1, 2022. Approximately 1.5 miles of the existing water line will be replaced with brand-new, stronger C900 PVC piping. The expected completion date of the project is April 1, 2023.

From November 2018 to September 2022, the existing 12” PVC Avon-Buxton water line experienced 10 ruptures. In the early part of these ruptures, the Dare County Water Department began recording the pressure on the water line and determined that the highest pressure spike on the line was 80 psi. The new 12” PVC pipe between Avon-Buxton will be able to withstand 200 psi.

According to a press release from Dare County, the Dare County Water Department hired an engineer to review the collected data and the recommendation was to install pressure/vacuum relief valves, which ultimately did not solve the problem. It was then decided that it was necessary to replace the water line with approximately 1.5 miles of C900 PVC pipe. Joint constraints and an additional fire hydrant were also added.

The Avon-Buxton water line replacement project was placed in Dare County’s 2023 fiscal year budget and funded for $1 million. The county received three bids for the project and has selected Basnight Construction Inc., which was the lowest bidder, to conduct the replacement of the water line.